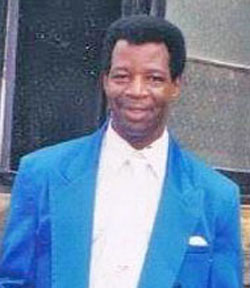 Former Minister of Agriculture, Michael Baptiste has come out in favour of farmers who are opposed to the latest effort by the Keith Mitchell-led government to dismantle the Grenada Co-operative Nutmeg Association (GCNA) and the Grenada Cocoa Association (GCA) and to merge them into one new company and to liberalise the industry for foreign players.

In a statement sent to THE NEW TODAY, Baptiste who also served as the island’s Opposition Leader from 2000-2003 took swipes at a number of officials pushing the agenda of the ruling New National Party (NNP) administration in the sector.

He singled out Agriculture Minister, Yolande Bain-Horsford and private sector representative in the Senate, Christopher De Allie who were seen at a government meeting giving support to the merger and liberalisation issue in the cocoa and nutmeg industry.

Following is the text of Baptiste’s statement:

Since 2004 after hurricane Ivan devastated our nutmeg industry, Grenada has sunk from being Number one, Number two to a competitive Number 8 position.

After Ivan, the government announced that it would build back better – of course it meant the hotel industry.

We made no serious attempt to replant as a result of that Guatemala today have taken over the Number One spot. Indonesia is still holding steadfast at Number Two.

As you could see from the chart, India (is) Number Three. There are several nutmeg producing countries that have popped up and are doing a lot better than Grenada.

She went on to say and I don’t know why she is talking all these dottishness. She has said that liberalisation would mean higher prices for the farmer on the international market. Well that is a sick, sick, sick dottish statement.

Liberalisation simply means lower prices and we have seen it – when the WTO came in 2000 as establishing protocol for trade, the United States government petitioned WTO (World Trade Organisation) on behalf of Dole and Chiquita. They said at the time that the Caribbean banana was getting unfair advantage in Europe so they liberalised the banana industry.

Immediately, the Windward Islands lost the banana trade. St. Kitts and Jamaica lost their sugar industry, and it sent the economy into a tailspin. Liberalisation really means competition – lowering prices.

We liberalised the telecommunication industry for Cable & Wireless. It was good for the buyer – the seller which was Cable & Wireless went out of business – they sell out and they run. We now have FLOW and Digicel and of course, they provide a service at a much lower cost.

We attempted to liberalise the electricity services. We introduced legislation demanding that electricity services deposit part of their profit into a fund to be controlled by (Prime Minister) Dr. (Keith) Mitchell and (Works Minister Gregory) Bowen.

They went to court they lost. WRB (Enterprises) end up with a judgment of $200 million plus which the Government of Grenada has to pay to WRB as a result of the foolish attempt by Dr. Mitchell and Bowen to again liberalise the electricity services. So, we have seen over and over where liberalisation is hurting us.

If the Prime Minister really wants to help the farmers what he can do – he can offer what you call deregulation (by) going to Parliament and pass a Deregulation Act – deregulate the nutmeg industry and allow farmers to sell their nutmeg to anyone paying them the higher price.

Don’t stop there, let us go to the auto industry and deregulate that too. The busmen are the largest buyers of automobiles in Grenada – allow the Bus Association to import their buses directly from Japan rather than going to Steele and Huggins.

Let’s introduce deregulation legislation and let’s deregulate Caribbean Agro so that farmers can buy animal feeds anywhere they can.

I heard the Business Senator, (Christopher) DeAllie talking a whole lot of nonsense. Sissons Paint is enjoying protectionist laws from government, yet they could bring in blocks from Trinidad at a much lower cost than the local block makers can.

He’s enjoying unfair trade advantage. The farmers (are) paying tax on sand, gravel and cement, (and) electricity whereas the cement is coming from Trinidad so the Trinidad (Block) maker doesn’t have to pay cost, insurance, and freight.

So he’s allowed to bring in blocks into Grenada – De Allie and Sissons Paint have put several block makers out of business while he enjoys protectionists (because) to bring in Paint you need a license.

So, we need to stop the hypocrisy and level the playing field. Leave GCNA alone – you can set up how many companies you want and let farmers (sell to) whoever they want including the Prime Minister’s son.

If he wants to export nutmegs let him pay the high price to the farmer and let them enjoy it and let them compete with GCNA at home. Don’t mash it up – leave it as it is – just set up companies, remove the restrictions that prevent anybody from exporting nutmeg.

Leave it open – open up the market and let farmers sell directly to who (is) paying them the higher prices and leave GCNA alone.

But you don’t have to mash up one – mashing up a company and setting up another company – you still have a monopoly. What’s wrong with our people?