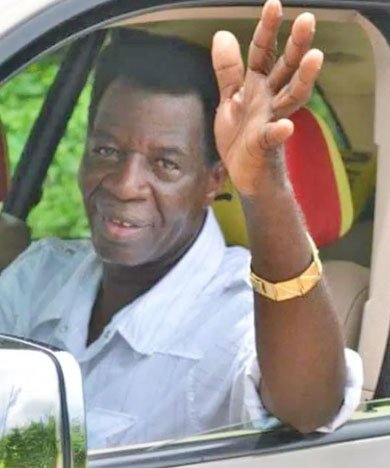 Ex-government minister, Michael Baptiste has called on Prime Minister Dr. Keith Mitchell to resolve the current bus crisis in the country by offering the operators a similar subsidisation package that is given to foreign airlines coming into the Maurice Bishop International Airport (MBIA).

Baptiste made the call in a voice message sent out early Thursday morning to the people of Grenada, Carriacou & Petite Martinique on problems plaguing the island due to the coronavirus pandemic.

The former Opposition Leader also addressed the current war of attrition taking place between Dr. Mitchell and his counterpart in St. Vincent & The Grenadines, Dr. Ralph Gonsalves which was started by an outburst by the Grenada Prime Minister.

“…Prime Minister, I want you to stop this pettiness – this tit-for-tat that you are engaged in with the Prime Minister of St. Vincent & The Grenadines – he’s winning,” was the charge of Baptiste.

As a public service, THE NEW TODAY reproduces in full the latest voice message from the former St. Andrew South-west Member of Parliament to Grenadians:-

“My fellow Grenadians, it would be remiss of me if I did not lend my voice in giving strong support to the Buses associations across Grenada, Carriacou & Petite Martinique.

The Minister of Education, Honourable Emmalin Pierre, the Minister responsible for Transport, Hon. Gregory Bowen and the Hon. Prime Minister – their silence on this national issue is deafening brothers and sisters.

The Prime Minister in particular has been hiding behind the police using the Commissioner of Police to carry out Prime Ministerial responsibility.

These challenges call for political leadership – not for the Police. The Commissioner of Police is a patriotic Grenadian and a law enforcement officer.

He is not a policymaker so we want the ministers, we want Prime Minister Mitchell to come out of hiding and offer the country leadership at this time.

The country is paralysed with the Bus associations not offering their service. We are in a crisis and it calls for Emergency leadership.

I want to offer some solutions that I believe can be useful to both parties.

Prime Minister, this is the time for the government of Grenada to use the Imani programme and pay the salaries of these conductors.

This is a time Prime Minister to offer the Bus Associations a $0.50 rebate. As it stands now, government collects $5.50 on every gallon of gas – give back a measly $0.50 to the bus operators to help them absorb the huge losses that they are going through as a result of this time – as a result of they being asked to carry 10 persons.

Minister of Education, out of the 10 persons that these buses are required to carry, six of these might be children.

And Prime Minister, I don’t know if you have the experience that I have as a parent – a parent with children that use the bus service, they pay half fares. So out of the 10 persons, if six persons happen to be children, you do the Maths Prime Minister. Ask yourself if that is profitable for the bus owners?

Prime Minister, your government is now subsidising JetBlue – 4 million US a year you are giving to JetBlue – no stipulation, high season, low season they get their 4 million.

And finally Prime Minister, I want you to stop this pettiness – this tit-for-tat that you are engaged in with the Prime Minister of St. Vincent & The Grenadines – he’s winning.

We, the Grenadian people are embarrassed by your petty actions. You are in no way capable of supplying gas to Union Island. You could not supply food for the people of Carriacou & Petite Martinique in difficult times.

Do you have logistics that’s required to supply gas to Union Island? And please be advised that gas in St. Vincent and Union Island is much cheaper than gas in Grenada.

So even if you are able to supply it, the Vincentians may not even use the service”.