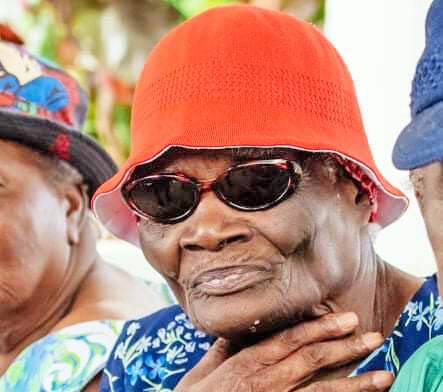 Another funeral home in Grenada has been forced to turn to a Refrigerated Container to store the increasing number of Covid-19 dead on the island.

THE NEW TODAY was able to confirm that Bailey’s Funeral Home on the Carenage has joined La Qua Funeral Agency near to the St. George’s Cemetery to look towards the installation of a container to handle the quick rising number of bodies in its possession.

When asked to confirm the reports about the container, a spokesman for Bailey’s retorted: “How you know about that already? I want to know how you know that because I just came off the phone talking to make the arrangements. I have somebody coming now to deal with that.”

The spokesman said that Bailey’s is making arrangements to bring the container onto its Carenage location “right now” with the assistance of Grenlec to power it on to help store the Covid-19 dead bodies.

He could not give precise details about the death toll at his funeral agency as more bodies came in within the last two days.

However, when pressed for figures, the funeral home official said it could be around 30 bodies.

Bailey Funeral Home is known to have capacity in its two fridges to hold about 30 bodies.

A funeral home official said that with proper packing a refrigerated container can hold in excess of 50 bodies.

On Thursday night at a high-level meeting between Health Minister Nickolas Steele, Acting Chief Medical Officer (CMO), Dr. Shawn Charles, the Directors of Funeral Homes, members of the Clergy and other Social Partners the funeral homes indicated that they had about 67 Covid-19 bodies on hand waiting to be buried or cremated.

These figures did not include the number of persons already cremated or buried by the Homes.

The government has since updated its Dashboard figures to 50 Covid-19 deaths but speculation is rife in some quarters that the actual figure is much closer to 100 in Grenada.

The Acting CMO told a press briefing last week that the situation is now a “National Disaster”  since about one-third of Grenada’s population of 110, 000 persons is now infected with the deadly virus.

The Keith Mitchell-led government is coming under increasing pressure from Grenadians and on Social Media over the amount of people now dying from the disease with Grenada now at Number 2 on the list in the sub-regional Organisation of Eastern Caribbean States (OECS).

Meanwhile, Grenada’s small sister isle of Carriacou has reported its first death from Covid-19 in 18 months.

A brief statement was put out by the Member of Parliament for Carriacou & Petite Martinique, Legal Affairs Minister Kindra Maturine-Stewart on the issue.

It reads: “It is with deep sadness, I extend my sincerest condolences to the family and friends of Ms. Leah Guadeloupe also known as Fathina Guadeloupe, Carriacou’s first recorded Covid related death.

Ms. Guadeloupe, aged 99, was one (1) of eleven (11) residents of the Top Hill Senior Citizens Home who have tested positive for the dreaded COVID-19 virus and succumbed this morning at the Princess Royal Hospital.

Cousin Fathina was well known on the Island and made her due contribution in so many ways.

My fellow Carriacouans and Petite Martiniquans, this reminds us of the dreaded impact of COVID-19 and I implore upon every one of you to spare no efforts in this fight to protect yourself, family and friends.”