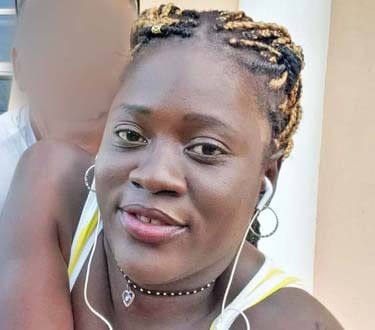 Grenada Opposition Senator, Yolanda McQueen has posted the $100, 000.00 bail with two sureties as required by law to allow 24-year old Guyanese, Shane Ann Ambrose to leave the Richmond Hill prison after spending two weeks there on a Non-Capital murder charge.

The judge set a number of conditions for bail including the surrender of her passport and any other identification document, as well as to report to the nearest police station where she lives in St Andrew and not to leave Grenada at any time which means that she is not allowed to even visit Carriacou or Petite Martinique.

Speaking to THE NEW TODAY within hours of obtaining bail for his client, Edwin said that the police prosecutors are yet to provide him with the required disclosures about the murder case.

“We have not seen an autopsy report. We have in fact received zero disclosures even at this late date from the Prosecutors which is a little surprising,” he remarked.

According to Edwin, the norm in the jurisdiction is for the police prosecutors to provide information to the defense attorney on what the criminal charge is based upon.

“Unfortunately that has not been done. It is of no legal moment really that they have not provided disclosure because they are bound to under our law – they must tell us on what the charges are based, what are the grounds for these charges,” he said.

THE NEW TODAY was told that Sen. McQueen has given a commitment to provide employment for the female murder suspect at her Mt Pure water company to earn a living.

Ambrose was taken into custody a few months ago and released after a voice note surfaced in the Social Media in which she “confessed” to killing Marshall for having sexual interference with her 3-year old daughter.

Other high-level sources have said that the Guyanese woman “confessed” to police investigators that she had put a weedicide into chicken that Marshall had consumed.

The death certificate from the St. George’s General Hospital indicated that Marshall died from multiple organ failure but the authorities were forced to do a second autopsy following the revelation on Social Media about the death.

Marshall was sent back to his homeland after he was convicted as a pedophile and spent jail time in the United Kingdom.

He reportedly had a string of convictions in the United Kingdom as a Pedophile and Sex Predator and was deported back to Grenada after serving six out of nine years of a prison term for sexual offences against minors.

The source said the situation is very unfortunate as the authorities in Grenada were informed about the history of Marshall following his deportation but apparently did nothing about the situation.