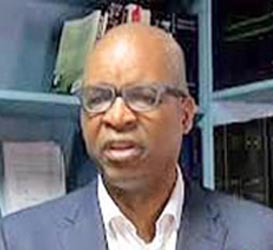 Attorney-at-law Jerry Edwin has served notice to the Keith Mitchel-led ruling New National Party (NNP) government that it is prepared to accept an out of court settlement on compensation for Gouyave footballer Jamal Charles who was shot by police about three weeks ago.

The U.S-trained attorney-at-law has released to THE NEW TODAY the contents of a letter which was sent to Attorney General, Darshan Ramdhani setting the stage for an amicable settlement of the shooting incident.

24-year old Jamal was shot in the leg by a Corporal of Police after a party of officers from the Gouyave Police station turned up at his mother’s home in search of his elder brother for questioning in connection with an alleged act of wrong-doing.

The incident sparked off angry protest from residents of Gouyave who threw garbage onto the streets and set on fire a number of objects, as they called for justice for Jamal who is seen in the fishing village as a role model.

As a public service, THE NEW TODAY reproduces in full the Jerry Edwin letter to AG Ramdhani: 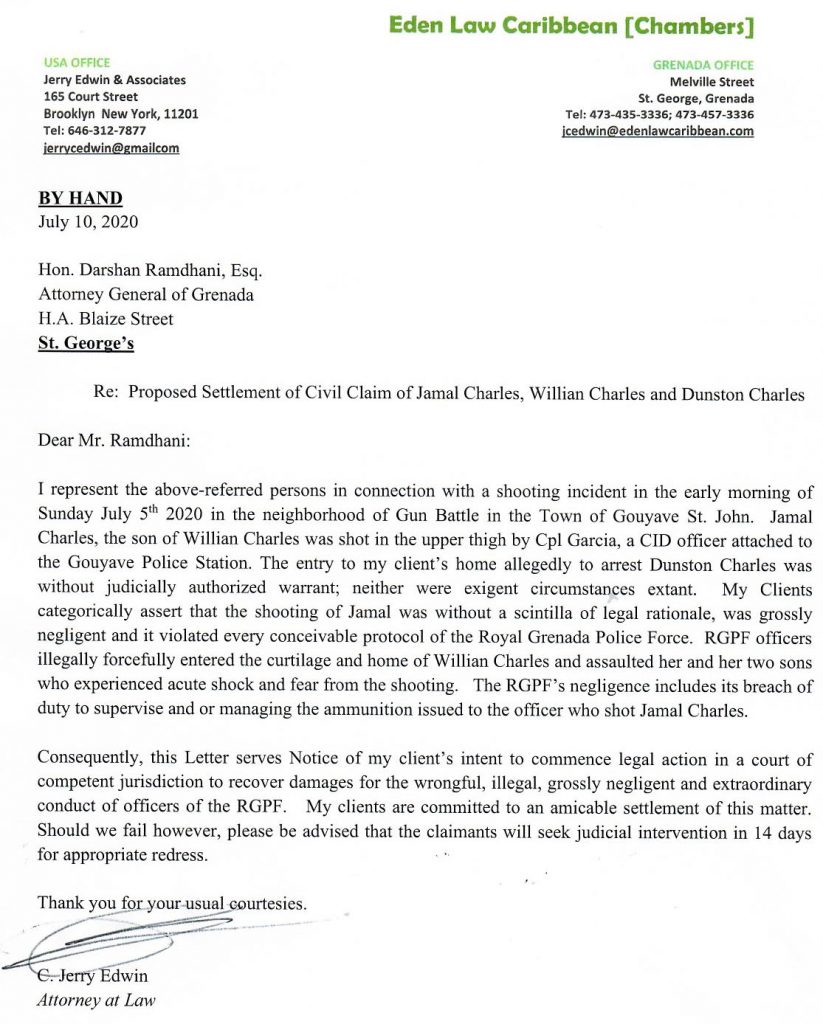