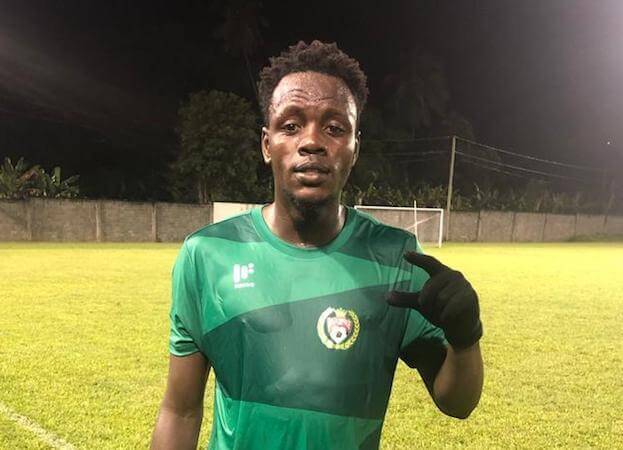 U.S trained attorney-at-law, Jerry Edwin is not satisfied with the outcome of the July 5 shooting incident in Gouyave in which a Corporal of Police shot a young popular footballer, Jamal Charles, in the leg.

The police have informed the family that no action will be taken against the police officer since their investigation concluded that the shooting was justified.

THE NEW TODAY understands that the decision on the issue was influenced by the recommendation of the Office of the Director of Public Prosecutions (DPP).

Edwin has been calling for an independent body and not the Royal Grenada Police Force (RGPF) to conduct inquiries into shooting incident involving police officers.

As a public service, THE NEW TODAY reproduces in full the letter sent by Attorney Edwin to Acting Commissioner of Police Edvin Martin on the Jamal Charles shooting:-

Re:  Request for RGPF/DPP Investigation Report into Jamal Charles Shooting on 7/5/20

I trust this reaches you in good health. I write respectfully to request a copy of the Report/Letter/Advice which was provided from the DPP to the RGPF as well as the investigative scope and summary conducted by the RGPF in its own investigation of the referred shooting.

Both parents of Jamal Charles attended a meeting convened by Superintendent Curwen last week August 28th, when they were informed first, that the DPP had recommended no prosecution of any Police Officer and second, that Jamal’s shooting was justified.

Mine is not a role to second-guess the decision taken by any officer billeted to carry out the important work of enforcing our Criminal Law or any Order from a Judicial Officer.  Whether to remove or retain a Police Officer below a certain rank from the Force is solely within your reasonable prerogative and it is improper for me to venture into areas of your remit. However, the family and the community at large must know what elements of the incident were investigated and how the DPP/RGPF arrived at their respective conclusions.

Thank you for your usual courtesies.