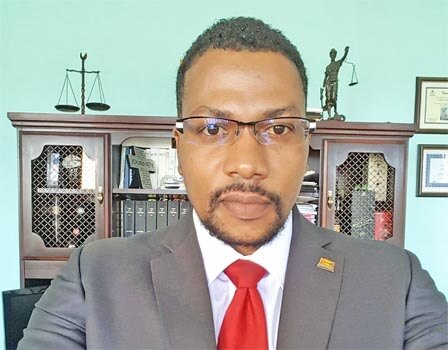 Attorney-at-law Derick Sylvester - has made a move through the Supreme Court Registry to arrest the party boat on which the world’s no.1 Javelin thrower was beaten

The Anderson Peters beating incident has taken a new turn within the past hour.

THE NEW TODAY has received the copy of a court document which was filed Friday by local attorney-at-law, Derick Sylvester to try and effect an arrest of the Harbour Master, the party boat on which Grenada’s double world Javelin champion, Anderson Peters was beaten on Wednesday night.

Sylvester has reportedly filed a series of civil lawsuits in the Supreme Court Registry earlier in the day on behalf of Peters seeking “General Damage”, “Aggravated and/or Exemplary Damage” arising from the incident in which the World No.1 Javelin thrower was beaten by a group of crew members of the boat and thrown overboard.

Police are said to be building a case in which charges could shortly be laid against six Trinidadians detained at Central Police Station on the Carenage in connection with the Anderson Peters Beating Incident.

According to a well-placed source, the court document was served on the boat just after 2.00 p.m. local time by a Bailiff.

As a public service, THE NEW TODAY has decided to reproduce the court document that was filed by Attorney Sylvester and executed on the Harbour Master: