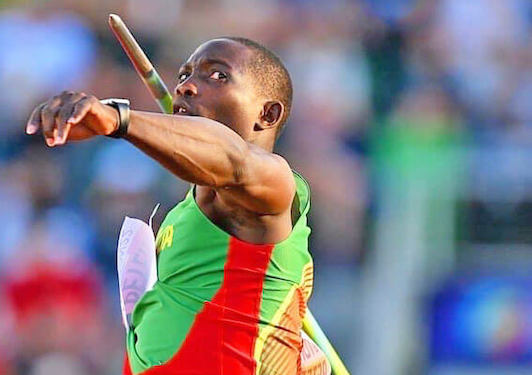 Two sporting bodies in Grenada have strongly condemned last night’s incident on board the party boat, Harbor Master, in which the island’s world’s double champion in Javelin, Anderson was beaten by a group of Trinidadians and left injured.

Both the Grenada Athletic Association (GAA) and the local sporting club linked to Anderson, the St. David’s Track Blazers (SDTB) Inc, have issued statements calling for a full investigation into the incident by the Royal Grenada Police Force (RGPF).

In its statement, the GAA said,

“The Grenada Athletic Association (GAA) strongly condemns the alleged assault on Grenada’s double World Champion Mr. Anderson Peters. While there are no finial circumstances behind the altercation, the treatment meted out to him was inhumane and brutal and should not be imposed upon any human being.

Further, we admonish the authorities to ensure that a thorough investigation is conducted and that the full extent of the law is justly executed.

Additionally, we call for some level of assistance to our national treasures in dealing with situations like these to assist in averting of similar occurrences in the future.

The GAA extends God’s blessings to Anderson Peters and his family and wishes him a speedy recovery”.

For its part, the Track Blazers Club gave assurances that it will offer all the necessary support for its top member and world class athlete. The statement reads:

“In the early evening of Thursday 10th August, the St. David’s Track Blazers (SDTB) Inc.’s officials were alerted by bystanders of an altercation involving one of our club members – Anderson Peters, MBE, and his brother while attending a social activity.

The SDTB vehemently reproves such treatment of one of Grenada’s most successful athletes, but more so such treatment being meted out to a human being.

Rest assured that we will support Anderson and his family throughout this ordeal and will continue to provide emotional, physical, and physiological support.

Finally, on Anderson’s behalf, we thank the public for your expression of concerns and support. We urge you to exhibit a great level of emotional intelligence during this time and allow for the rule of law to take its due course.

Thank you for your continued support.”