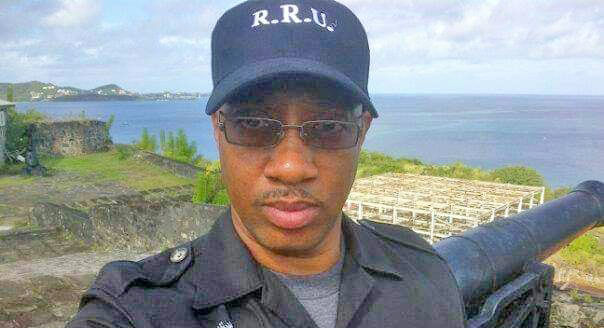 A police officer who had once been assigned to security detail in Grenada’s Foreign Affairs ministry is the latest member of the Royal Grenada Police Force (RGPF) to be charged with a serious crime this month.

Neil Wells, who is now on $6,000 bail was arrested and charged on Monday for grievous harm.

He is accused of attacking a civilian with his service weapon and has also been suspended from duty, his second suspension since joining the police force.

Wells was suspended a few years ago in connection with the beating of another civilian.

The RGPF confirmed this latest incident through a news release on Tuesday.

“The officer was charged following an alleged incident between himself and a resident of Morne Rouge, St George, on June 12, 2021. Wells was suspended from active duty in the Royal Grenada Police Force,” the release said.

The matter will come up for trial on September 20.

Wells served with the Special Service Unit (SSU) and was also deployed to provide special security with the Protocol department of the Ministry of Foreign Affairs.

Three weeks ago, Corporal Kenny Herry was also charged for Grievous Harm after an attack on a civilian which caused serious injuries to his face.

He is on bail and was also suspended from duty.

Commissioner of Police Edvin Martin has tried to downplay the problem of police abuse of power and brutality against civilians at a news conference last week since the incidents are now growing in number and that a few cases have happened in quick succession.

In recent months, police officers have been involved in the shooting of civilians resulting in death, unprofessional brandishing of service weapons and beatings.

In what can be considered an attempt at damage control against rising public outrage at the conduct of the police, Commissioner Martin said, “Being a police officer does not give us the right nor the privilege to break the said laws that we are tasked with enforcing”.