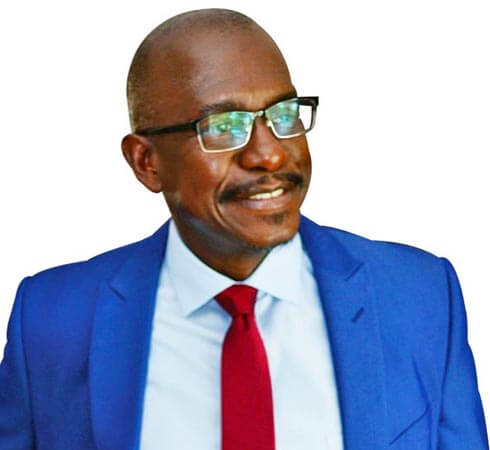 Former key member of the ruling New National Party (NNP) government, Dr. Patrick Antoine debuted this week as the head of a new, non-political pressure group aimed at pushing for the building of a new economy and a new society in Grenada.

Dr. Antoine, who has been out of the political arena for more than a year, made an inaugural speech Wednesday night as the Chairman of the newly formed non-government organization, The Grenada Movement (TGM).

The former Grenada Ambassador to Caricom was a major figure behind the creation of economic policies for Prime Minister Dr. Keith Mitchell’s NNP up until 2018.

During the virtual launch of the organization, his message hinged around the need for economic development to be driven by the creation of a new economy built through the use of technology and people participation.

“A lot of it is premised around the fourth industrial revolution and it’s also premised around, how you make people’s lives fundamentally better,” he said.

“We intend, as TGM, to first of all frame a very serious development agenda that is practical, driven by events in the world, builds on the foundations we have come from and people participation.

He went on: “By bringing everyone on board, including Grenadians abroad, we believe that we can forge that development agenda, not just a plan but a development agenda that is going to be very different from what we see on the ground right now. That is really what we want to do as a TGM, to improve people’s lives.”

According to Dr. Antoine, the most important responsibility for Grenadians is the protection of democracy, as well as to protect the weak against the strong and protecting the citizens against the arbitrary use of power.

While the organisation has been launched as an NGO pressure group, speculation is rife that within a few months a declaration of political intention will be made by its members.

However, Dr. Antoine was cautious in responding to questions regarding any partisan political aspirations.

“A political party is a social organisation for change that must come from the people. We want to forge an agenda that will bring economic and social change,” he said.

In a speech resembling, in part, that of a political platform address, Dr. Antoine said, “Too many of our people are living in arrears…. we cannot continue to ask our people to toil in the field of sacrifice…. we must address the phenomenon of grinding poverty.”

He spoke of the country not always “playing with a full team” adding that the decisions made by leaders have had a debilitating effect on the nation and cited the oil and gas under Mitchell’s rule as an example of a bad decision.

Grenada’s oil and gas resources are said to be tied up with Russian and Chinese interests at the moment.

Dr. Antoine said the problem of poor choices is also highlighted by the state of agriculture and the failure to harness technological advances to grow that sector.

He said Grenada has “an unenviable record of lost opportunities” – the result of weak implementation of development policies and programmes.

In the only direct reference to politics, Dr. Antoine said, “We cannot continue to practice politics as usual….recovery and transformation requires us all…”

The former ambassador also spoke of the need to transform rural communities.

“We want the same services to exist throughout, whether it is internet quality, electrification, water, roads, all of it – that is our approach to rural development and development as a whole, because we believe if we don’t do that we are going to have a situation where we have nodes of development and resources are concentrated there but we have areas and regions that will become increasingly more disadvantaged.”

Dr. Antoine acknowledged that the NNP Government has embraced the concept of the new economy in a number of initiatives but he said in some areas there has been no progress nor discipline.

He said TGM intends to engage government, opposition and other groups to unite around the proper development of the new economy.

“We believe that the concept of the new economy is not a concept that there is going to be any war over or any conflict over. We think that there will be tremendous consensus around it.

“We believe that the proof of the pudding is in the eating and while we may all agree on what the elements of the development strategy is going forward, the way we intend to get to it is where I believe the difference is going to be and I trust that the administration and certainly the opposition and other groups within the society are also able to rally around and form a consensus on what are the elements that we ought to promote.”

Dr. Antoine stated that TGM’s approach will not be confrontational.