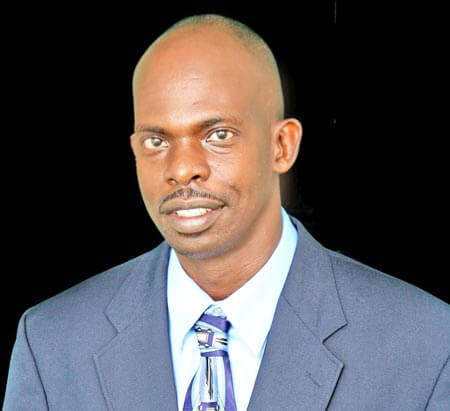 President of the Grenada Union of Teachers (GUT), Marvin Andall has rejected suggestion that the three public sector unions are showing signs of division in their approach on the 4% salary issue with the ruling New National Party (NNP) government of Prime Minister Dr. Keith Mitchell.

The GUT has embarked on a campaign of “sensitisation and public awareness” on the issue following government’s stated position that it cannot pay the monies due to teachers at this point in time due to cash flow problems at the Treasury.

Apart from GUT, the other two unions involved in the 4% issue are the Public Workers Union (PWU) and the Grenada Technical & Allied Workers Union (TAWU).

In response to a question from THE NEW TODAY that division among the unions would be to their detriment, Andall said that the GUT was simple taking the lead in the battle against the Mitchell administration on the issue.

“No, no, no – we are not divided, we are clear on that. We talk, we always talk. We sat down and met – we had a meeting on it, we agreed on certain approaches and they are waiting for us to make the first move,” he said.

He went on: “We don’t wait, we lead – others follow. We share with them what we (are) doing and if they choose to join they join. We don’t sit around and wait,” he remarked.

According to Andall this meeting between the public sector unions took place in early December and what was agreed upon was shared with the TUC.

GUT is insisting that the NNP regime can find the money to pay the 4% to teachers since it was able to find US$60 million to buy back the majority shareholding interest in Grenlec from U.S-based Company WRB Enterprises to settle a ruling against Grenada before an international tribunal.

Andall said that GUT had already dubbed the past five working days as “READY TO RECEIVE” on the issue of the 4% increase in salaries for teachers.

He added that the whole intention was “to create that awareness and keep that buzz about the 4% alive” in the minds and hearts of teachers in the struggle.

Andall said the GUT is aware that the salaries for January were already prepared before the start of the week and the agreed 4% was not included for teachers.

Asked what will be the next step to be followed by the union if the NNP administration does not pay the money, the GUT boss said: “It constitutes a grievance and we have a grievance procedure as it relates to our agreement which is to bring the matter to the attention of the Ministry of Labour. If it doesn’t settle there then the members decide what they want to do after.”

According to Andall, the teachers are currently looking at all their options in the prevailing situation.

“We have some strategic options,” he told THE NEW TODAY.

Andall reported that the last time the government and GUT engaged on the 4% salary increase issue was on Old Year’s day.

He said: “That was the last time we talk and the government never came back to us. We haven’t heard from them officially after that. We left with the understanding that our position will be communicated to Cabinet and that we would have heard from Cabinet on their final decision in regards to our position but we haven’t heard that. The only thing that we have seen since is a release from GIS but we haven’t had any official communication since then”.

The GIS release re-stated government’s position that it was not in a position to pay the 4% increase as previously agreed with public sector unions.

It said in part: “Government acknowledges that the increases were agreed upon in good faith but is asking that consideration be given to deferring any significant increase in recurrent expenditure, at a time when the economic climate remains very uncertain.

“The 4% salary increase is a permanent addition to Government’s wage bill, unlike the repurchase of the WRB shares in GRENLEC, which was a one-off expenditure on a revenue generating capital asset. To equate the two is ill-informed and willfully misleading.

“Further, the funds used for the GRENLEC repurchase came from grants and soft loans which were intended for capital development and any deviation can jeopardise Grenada’s future eligibility for such funding.

“Government is by no means attempting to shirk its legal obligation. In fact, it is not in Government’s interest to defer the 4%. A deferral means the return of retroactive salary payments and 8% compounded payable in January 2022. Should Government agree to the terms of the Unions’ requests, it will deviate from exercising prudent fiscal management.

“Government, in its discretion, deems it a reasonable ask to defer salary increases for 2021 given the uncertainty of the current situation. It is difficult to justify using scarce financial resources to fund a permanent increase in recurrent expenditure for workers whose jobs are secure and whose wages/salaries and allowances are paid on time, in full, every month; particularly where the imperative exists for economic recovery to the benefit of all citizens. Is it that Government is being pushed to a situation where it will have to look at cutting expenditure and reducing the size of the workforce as part of this effort?