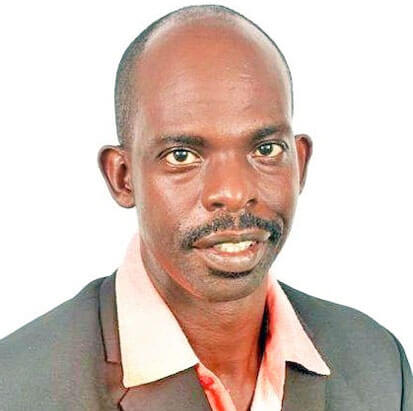 You don’t out fire with gasoline.

This statement was made Monday by former President of the Grenada Union of Teachers (GUT), Marvin Andall in describing the action of the Royal Grenada Police Force (RGPF) to hold for three hours on Saturday night the current union boss, Jude Bartholomew and interrogate him on protest action by teachers in their fight with the Keith Mitchell-led government on their demands for payment of their 4% increase in salaries.

Bartholomew was questioned by three members of the Criminal Investigation Department of the police force in connection with the street marches allegedly in violation of Covid-19 protocols as contained in the limited State of Emergency imposed by the Keith Mitchell-led government at the Botanical Gardens in St. George.

In an exclusive interview with THE NEW TODAY, Andall said that he believes that the police might in the end regret what they did by interrogating the newly installed GUT President in a legitimate struggle by the nation’s teachers.

“I think it is rather unfortunate, I found it unnecessary and kind of strange. The relationship that we have had with the police, if they had an issue there were ways they could have contacted the union and decided upon a time convenient, not to go into a person’s home – a working person – and disturb them on a weekend… and questioned them for so long,” he remarked.

“I thought that was unnecessary and it was badly handled and really put the police in a bad light. I don’t think it was necessary to do that except they were given specific instructions to do that but I cannot see the wisdom in acting that way.

The former GUT President noted that the teachers have been exemplary in the manner in which they are protesting the failure of the Mitchell-led New National Party (NNP) administration to renege on the agreement signed for the 4% increase to be paid from the end of January.

“So far the teachers have been behaving very civil. No one can accuse the teachers of vandalising any place or being lawbreakers,” he said.

According to Andall, the teachers have been engaged in “just peaceful protest” and it can be considered as “admirable” in light of the ugly scenes seen in some civil unrest in some other countries.

He said the teachers have been keeping the Social Distancing protocol and wearing masks in keeping with health regulations in the fight against the coronavirus pandemic during their 4% street marches.

He said that due to the manner in which teachers have been conducting themselves in the marches, it is “unfortunate that such an approach (interrogating Bartholomew) would be used as if some law was broken”.

“I think it is unfortunate and it does not speak well for our democracy. There was no vandalism or anything that would warrant that kind of investigation,” he told THE NEW TODAY.

The former GUT boss was specifically asked to comment on reports circulating in some quarters that the decision by RGPF to swoop down on Bartholomew is being linked to the protest march by teachers 24 hours earlier outside of the private home of Prime Minister Mitchell in St. Mark.

Andall who was among the protestors said that the vigil did not target the Grenadian leader as the teachers also passed in front of the home of the Member of Parliament for St. Mark, Dr. Clarice Modeste-Curwen, the current Minister of Tourism & Civil Aviation.

Related:  TUC speaks out against military intervention in peaceful demonstration

He said the teachers were merely using “the allowed road” and walked the streets peacefully with their candles and even had a pleasant engagement with the female government minister.

“She (Modeste-Curwen) even spoke to us. One of the teachers even helped her open up the gates so she could bring her vehicle inside. It was very cordial – we waved to her and she waved and said that she got the message. She even stopped and talked with some of the teachers and they chatted with her, just explained that we need the 4%.

“There was no kind of intimidation – she had no reason to be fearful – it was all cordial. Our right to protest is a constitutional right and we would use it in various forms in the day and the night too.

Andall said the route just happened to be along the way where Prime Minister Mitchell just happened to have a home in St Mark and he suspected that Dr. Mitchell was not even there as the house was in darkness.

The former GUT President was also asked to comment on reports that like Bartholomew, he himself was subjected to interrogation by the High Command of RGPF in connection with the anti-government street marches.

He said there were two occasion in which the lawmen requested his presence at headquarters on Fort George in February when he was at the helm of the union.

“I didn’t go in alone. I was called and went in with a team of persons. I went with two other union members and we had a discussion with the police,” he told THE NEW TODAY.

He said the other encounter with the police came shortly after the GUT held election in early March in which Bartholomew was elected to take over the reins from him and after the union took to the streets of St. George in a massive show of support.

He stated that the second time was to discuss the failure of GUT to stick to the route as mapped out for them by RGPF in the streets march.

“They gave us a route but members decided that they wanted to go to the Gardens which was the place to go off course and they went. So they called us and say this is the route we agreed to and that’s when I apologised for the deviation,” he said.

According to Andall, he was called in and the High Command indicated to him that they were not aware of that particular march by the teachers which put them “in a difficult position.”

A number of police officers including a Superintendent of Police were seen accompanying the teachers along the route in the city.

Andall said the police indicated that GUT is supposed to write to them officially seeking permission to stage street protest actions and that they would like to know in advance before the activity takes place.

He said he did not consider the two encounters held with the police as part of any probe by RGPF into alleged violation of Covid-19 protocols by the nation’s teachers and in particular the second session was more or less an attempt to reprimand them for not sticking to the route given to them to march by the Commissioner of Police.

Andall indicated that he did not make any written statement to the police.