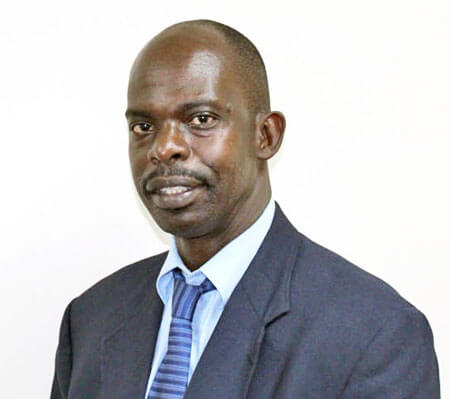 Marvin Andall – the outgoing President of the Grenada Union of Teachers

Outgoing President of the Grenada Union of Teachers (GUT), Marvin Andall has brushed aside suggestions that the 4% battle by public officers against the Keith Mitchell-led administration is weakened by the fact that two of the other major players are engaged in separate discussions with government on the issue.

Andall was responding to a question posed by THE NEW TODAY in light of the fact that both the Public Workers Union (PWU) and the Technical & Allied Workers Union (TAWU) are not sitting on the same table with GUT in the discussions with Mitchell’s ruling New National Party (NNP) government.

He sees no problem in the three unions not battling the government together as one unified group once it is properly orchestrated and there is synchrony among the three of them and that despite the separate discussions with government, this is not affecting them in any way.

He admitted that there is merit in the argument that the unions should be facing “the enemy” as one in the struggle but on the other hand it can serve the purpose of wearing down the government since it will now have to engage in more battles than if it was only one fight.

“We may be fighting from different points but with the same aim and we share and we support (each other). We share information, we share activities on platform – if you realise most of the press conferences we tend to do them jointly,” he said.

Andall acknowledged that one side could be affected by the decision of the other to arrive at a settlement with the government that the other does not like.

“That’s true and that’s why we always give bottom lines. We always share information,” he told THE NEW TODAY.

In the current impasse with government, Andall said: “We have been meeting – they know what we are doing, we know what they are doing – we discuss and exchange on all fronts”.

According to the GUT President, he is engaged on a daily basis in conversations with the Presidents of both PWU and TAWU on the 4% struggle with government and of joint meetings at times involving all three of them on the Zoom platform.

“We have been in constant dialogue,” said Andall who is not seeking re-election on March 10 when teachers will vote for a new Executive.

A week ago, GUT rejected a proposal put forward by government to pay the outstanding 4% salary increase due to teachers “on or before December 31, 2021”.

Andall said the offer was rejected during a meeting held with the Labour Commissioner, Cyrus Griffith and the Government Negotiating Team (GNT) led by Foreign Affairs Minister Oliver Joseph in which the government side repeated earlier statements that the current revenue collection does not afford them the opportunity to pay the salary increase that was agreed upon in negotiations.

GUT put forward a counter proposal for the government to review the revenue collection situation by the end of March and to consider making the agreed upon 4% payment on or before the end of May.

Minister Joseph gave an undertaking to go back with the proposal for consideration by Cabinet.

On the next move by GUT in the battle against government on the 4%, Andall said: “We are going to gradually escalate once we cannot get an agreement on our latest position”.

“We will continue until such time that they come to an agreement. We don’t publish our actions but we have a few actions this week and we will see what happens next week. We have actions for every day,” he added.