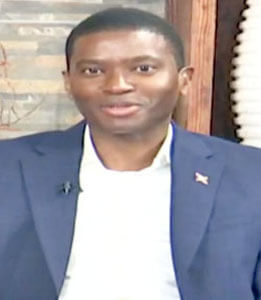 We anticipate that in the coming weeks we would name our diplomats.

Those were the words of Prime Minister Dickon Mitchell Monday night as he responded to concerns raised in some quarters in the country about the slow pace at which the National Democratic Congress (NDC) administration was moving to appoint persons to serve abroad as diplomats following the June 23 election and change of government.

Appearing on “Beyond The Headlines”, a programme of the Grenada Broadcasting Network (GBN), the Prime Minister said that the recalling of persons on overseas diplomatic postings can be time consuming as these people have to go through a number of processes and procedures including arrangements for their families before making their exit.

He said the diplomatic corp and support staff and structures were literally decimated under the former administration when one looked at the number of persons appointed to serve as Ambassadors-at-large and Honorary Consuls.

“There are no Career Diplomats and those who are left are not performing as Diplomats and so we have to build an entire cadre of new diplomats which means recruiting, training, educating and stamping what we want out of our diplomats and what standards we expect – that is going to take time,” he told the programme host Colin Dowe.

“So it’s not just a question to say John Brown is a diplomat when you have no diplomatic training, understanding what it is to be a diplomat first and foremost and second what do we want out of our missions, embassies – and so we have to go through that process,” he said.

Under the NNP administration, a number of Chinese nationals were appointed to serve as diplomats of Grenada.

Within weeks of the change of government, Prime Minister Dickon Mitchell took the decision to recall all foreign-based diplomats of Grenada.

The Prime Minister defended the slow pace at which the diplomatic appointments have been rolled out on the grounds that the government wanted to get it right from the beginning in selecting its list of overseas diplomats.

“It is better for us to get it right and get it right slowly than to rush ahead and get it wrong. So to that extent we expect that in the next two weeks or so we are going to be making the necessary announcements as to who will be heading our missions in respect to embassies across the world,” he said.

According to the new Grenadian leader, the Congress government now have a relatively large pool of persons who have expressed interest” on serving the island in the area of diplomacy and that “a vetting process” in currently taking place.

“We are having the conversations,” he said, adding that the new government is also looking at the issue of “rationalisation of our diplomatic missions.”

“We have had traditional missions – have we done an evaluation, what are we getting out of it having the posting there? What are the new frontiers we want to tap?”

Prime Minister Dickon Mitchell also cited as another issue to be addressed the lack of diplomatic relations existing between Grenada and Africa and the Middle East and the need “to forge closer synergies with regions and countries that are more akin to us and ….to help us in some of the areas that we want to go.”