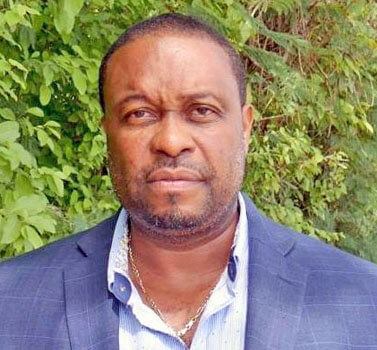 Grenada’s Ambassador to The Caribbean Community (CARICOM), attorney-at-law Arley Gill has said that the historic inaugural Africa-CARICOM Summit held virtually earlier this month was “long overdue,” pointing to the predominant ethnic ancestry of African heritage that can be found throughout the Caribbean, which was initially populated by Amerindians from several different Kalinago and Taino groups, before the transatlantic slave trade.

Ambassador Gill expressed this view in an exclusive interview with THE NEW TODAY on Tuesday, where he outlined the significance of the Summit, which was held September 7, under the theme, “Unity across Continents and Oceans: Opportunities for Deepening Integration.”

He said the meeting, which was chaired by the President of Kenya, Uhuru Kenyatta, CARICOM Heads of State and governments of Africa “reaffirmed bonds of ancestry, and friendship between Africa and CARICOM,” and sought to “explore, and develop foundations for lasting robust socio-economic, and political engagements between the two regions, as well as partnerships for a collective prosperous future.”

According to the Grenadian Ambassador “a meeting of that nature is long overdue” and “we should have had such a session many years ago” pointing to the fact that “our ancestral roots is largely African”.

Concrete steps were taken to establish September 7 as ‘Africa-CARICOM Day,” with plans to have annual Africa-CARICOM summits on this day going forward.

Ambassador Gill disclosed that the Guyana-based CARICOM Secretariat, and the African Union Secretariat in Addis Ababa, Ethiopia, agreed to put the necessary administrative structures in place (and) establish a Memorandum of Understanding (MOU) to govern the operations between the African Union and CARICOM,” within a period of “six (6) months to ensure that the functioning of this Africa/CARICOM cooperation takes place seamlessly throughout the next year until we meet again next year on September 7, 2022.”

Some key areas of possible cooperation and collaboration identified by both parties include the creation of a Forum of African and Caribbean Territories and States (FACTS), the codifying of a Founding Charter and a Memorandum of Operation of the Forum, a multilateral air services agreement, and investment protection, and a double taxation agreement between African and CARICOM states, a suggestion put forward by CARICOM Chairman and Prime Minister of Antigua Gaston Browne to facilitate commerce businesses within the two (2) regions.

The leaders also stressed the importance of exploiting the Blue Economy to boost growth and development and committed to foster increased trade and investment through specific agreements, and the enhancement of transportation links between the two regions, which could include the removal of the requirement for visas by nationals of CARICOM and African nations.

Ambassador Gill expressed support for the establishment of a “hub within CARICOM to facilitate direct flights to the African continent” under the proposed multilateral air service agreement, taking issue with the fact that “right now for us to go to Africa, we have to go through the UK (United Kingdom) or the US (United States).

“So, you have to go up to (go) down (and) there is absolutely no need for that, when Africa is simply right across,” Ambassador Gill contended.

“Could you imagine that during the slave trade, you had vessels moving from the UK (United Kingdom) going to Africa (to) pick up kidnapped Africans, and then sail to the Caribbean, so, (that) it had direct linkage during the slave trade between Africa and the Caribbean (but ) now you have to go through a former colonial power the UK or a country like the United States to get a flight to Africa – this is something that we need to look at.”

“There are “established African Airlines, which we believe can facilitate direct flights to the Caribbean,” he said, adding that “it doesn’t have to be daily flights but at least once a week or once every fortnight in the initial stages.”

The Grenadian Ambassador explained that although commitments were given for this, and other benefits as a result of the Africa/CARICOM cooperation, “it would take time to filter down,” as the necessary mechanisms would have to be developed.

“We now have to work out the specifics between the bureaucrats to get these things done. These things you would see naturally, take time,” he explained, noting that the first order of business is to establish the MOU.

Ambassador Gill, who has been a leading figure in the fight for reparations as Chairman of the Grenada National Reparations Committee (GNRC) is optimistic that the Africa-CARICOM cooperation would go a long way in terms of votes when lobbying on issues such as reparations for slavery at the United Nations General Assembly (UNGA), which is the main policy-making organ of the UN comprising 193 Member States.

This grouping also provides a forum for multilateral discussion of the full spectrum of international issues covered by the UN Charter of the United Nations, in which each Member State has an equal vote.

The decade is among other things geared to promote a greater knowledge of and respect for the diverse heritage, culture, and contribution of people of African descent to the development of societies.