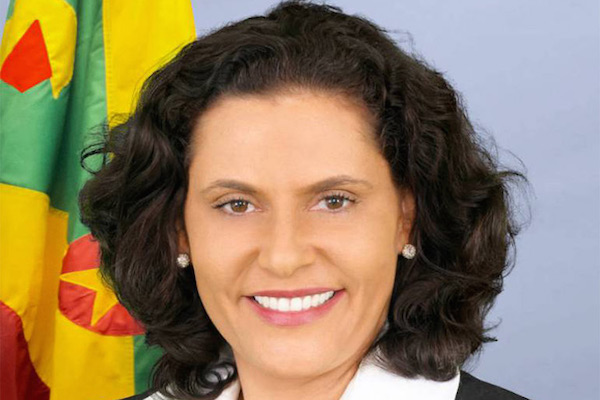 Otway-Noel began working as an advisor to the Prime Minister on Monday and she said she will be serving across all sectors.

The former Minister for Tourism resigned in January 2017 amid speculation that her relationship with Prime Minister Mitchell was on rocky footing but at the time a statement from the government said she left to pursue opportunities in the private sector.

In an interview this week, the former Parliamentarian gave a different version, saying she left because of personal and family commitments.

“I had to deal with my own personal, family obligations but now I have time and the Prime Minister offered me this position I accepted the role,” she told THE NEW TODAY.

Shortly before her resignation, Otway-Noel had been stripped of her Minister of Tourism portfolio and assigned to the Ministry of Implementation under the Prime Minister’s jurisdiction.

She had also been given the responsibility of promoting Grenada’s controversial passport-selling scheme known as Citizenship by Investment (CBI).

Otway-Noel explained that her post as advisor comes with a smaller salary than her previous position with the government and that her goal is to make a contribution.

She said, “Hopefully, or more than hopefully, I would make an impact and help them to continue to strive for Grenada”.

“We are at a time when it is all hands on deck. Here’s a time when we need to be working hard to help our country move forward,” she added.

After departing the government four years ago, Otway-Noel remained as a back bencher in the Parliament until the end of term in 2018 and her South St George Parliamentary seat was contested by current Minister for Health Nicholas Steele.

Otway-Noel said there was no bad blood between her and the Prime Minister when she left and she has always remained loyal to the NNP cause.

“My relationship with the government has always remained intact. That’s my government and I support their policies,” she remarked.

Otway-Noel is the Minister who led the rebranding of Grenada and the tourism industry from ‘Isle of Spice’ to ‘Pure Grenada’ and at the time that move had drawn mixed reactions from the public with many opposed to giving up the long used ‘Isle of Spice’ brand.

Commenting on the current problems facing the tourism sector as a result of the COVID-19 pandemic, Otway-Noel said the government did the right thing in scaling back tourism but she said there is potential for a major bounce back.

“I think there will be a huge urge to travel, so the potential for tourism is there. The decision to stop everything for a while was the correct thing. My advice is always there and forthcoming,” she told THE NEW TODAY.

The move to woo Otway-Noel back in the government fold could also be seen as part of a political strategy by Prime Minister Mitchell to bring back all top members and supporters of the NNP under a single banner.

A few months ago, a notable supporter of the ex-female MP for the south was publicly advocating regime change on the island.

NNP insiders have often quoted PM Mitchell as saying, “all hands on deck” as he prepares the party to face the electorate.

The current MP for South St George, Health Minister Steele has reportedly sent signals that he will not seek re-election and NNP insiders have said that Infrastructure Minister, Norland Cox from the sister Isle of Carriacou is eyeing the seat.