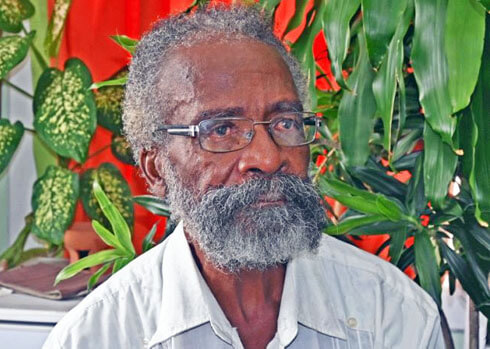 Dorset Charles – had to wait for 22 years to get justice

Twenty-two years after the local high court ruled that Prime Minister Dr. Keith Mitchell and his ruling New National Party (NNP) government had acted illegally in bulldozing the water sports business of Dorset Charles on Grand Anse beach, the small businessman is finally due to get a settlement payment of EC$2.5 million.

Informed sources told THE NEW TODAY that attorney-at-law Anselm Clouden moved the court to force the hands of the regime by filing an Order of Mandamus to get a high court judge to send Acting Permanent Secretary in the Ministry of Finance, Mike Sylvester to prison for failing to pay the money to Charles.

A source who is familiar with the case said that the judge was due to entertain the Order on March 31 which would have embarrassed the Mitchell regime at the Ministerial Complex in the Botanical Gardens.

He said that Attorney General Dia Forrester called Clouden to discuss a settlement agreement on the long outstanding issue and to prevent Sylvester from being hauled before the judge for contempt of court proceedings and possible imprisonment.

He also indicated that Clouden was preparing legal papers to seize the personal home of the PS in Finance on behalf of Charles if no money was forthcoming from the Sate on the judgment debt.

The source said the agreement calls for government to make payments on an installment basis and for the debt due to the Grand Anse businessman to be paid over the next year.

When contacted for comment on the issue, Clouden said that he would make a statement at a later date since he is waiting on “something” from Forrester to arrive at Grenlaw Chambers on Thursday which should bring an end to the court battle involving the small businessman.

However, THE NEW TODAY understands that AG Forrester had indicated that the signed agreement on the deal with the government would be handed to the lawyer on Thursday along with the first payment cheque.

The original judgment in favour of Charles was for EC$1.4 million but by 2018 it had reached EC$3.5 million with interest payment added on over a 20 year period.

Shortly after coming to power in 1995, Prime Minister Mitchell and his government bulldozed the small water sporting business set up by Charles on the Grand Anse beach without paying him any compensation.

Government said it wanted the land to build a Vendor’s market with financial assistance from Canada.

The Writ of Mandamus was the very procedure used by late Queen’s Counsel Derek Knight in the case brought by late Prime Minister Sir Eric Matthew Gairy against the State for the action taken by the left-leaning People’s Revolutionary Government (PRG) to confiscate all of his properties when his regime was removed from power in a lightening coup d’état staged by the military wing of the New Jewel Movement on March 13, 1979.

According to the source, the outcome of the Charles matter proves that PM Mitchell “will only succumb when he’s boxed in legally” and has no other choice but to make good on payment to debtors through orders of the court.

“Unless you back Keith (Mitchell) up against the wall, he is not going to budge because he sets himself up above the law,” he remarked.

The Grenadian leader has stated publicly that he is not in support of the decision taken by the high court on the Charles matter.

The Dorset Charles victory in court now paves the way for embattled Cabinet Secretary, Gemma Bain-Thomas to approach a sitting judge by way of a Writ of Mandamus against PS Sylvester to get the almost one million EC dollars awarded to her by the court for wrongful removal from her post by the same Prime Minister Mitchell after he won the 2013 general election to return to power.

Clouden has been waging the Dorset Charles battle in court against the Mitchell government for the past 4 years.

Charles reportedly approached Clouden to fight the case for him with the Statute of Limitation having just about one more year before it was due to run out and the prospects of losing out on the millions of dollars owed to him.

The small businessman had a fall out with his original attorney-at-law Reynold Benjamin who won the case for him in the high court.

Benjamin had collected an initial payment from government and allegedly took all for himself in the form of legal fees.

THE NEW TODAY understands that the EC$2.5 million represents the amount due to him after the State made deductions from certain monies owed to the Treasury by the businessman.

Clouden is said to have resisted moves made by former Attorney General, Guyanese Darshan Ramdhani who was allegedly pushing for Charles to forego up to 75% of the monies owed to him by the State.