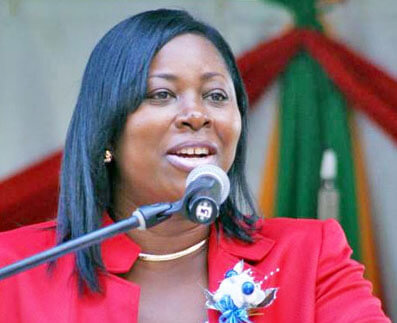 “This is extremely critical to us…and we will be speaking to the people in the coming week of what exactly this task force will be doing to address in a very critical way, the issue of low performance in Mathematics,” said Minister Pierre as she informed Parliament about the initiative during a sitting of the Lower House on Tuesday.

Her announcement comes approximately three (3) months after the results of the 2021 May/June CXC CSEC exams were released last October, showing that Grenada was the lowest-performing country in the region in the subject areas of Math and English.

Although the Education Minister acknowledged that the low performance, particularly, in the area of Mathematics is an “age-old problem that we have suffered from,” she used the opportunity to point out that it is not unique to Grenada.

“And (it’s) not just Grenada, you will notice it’s regional,” said Minister Pierre who also took time out to outline some of the glaring statistics in students’ performance over the years.

“In 2012, our CSEC pass rate in Mathematics was 32.3%. In 2020 (it was) 43.56%, 2021, 34.98%. Mr. Speaker, the current circumstances make the situation even worse…and so, we have pulled together a strong team of persons to represent a national task force,” said the senior government minister who reflected on the many challenges faced as efforts continue to ensure the delivery of education through face-to-face engagement or remote learning, amidst the ongoing coronavirus pandemic.

During a press conference last October, the Education Minister highlighted several areas of concern including “exam readiness, and the pressure that students are often placed under when they have to prepare (for exams) within a very short time, (and that) a number of our students have been reading below their grade level long before COVID-19.”

Access to the Internet, which is necessary for effective remote learning, was also an area of concern expressed by the female minister, who had revealed that several students had not been engaged by their teachers since the onset of COVID-19.

“As we continue on this very uncertain journey, we have to be mindful of two critical things, one (1) how we are going to fill the gap as it relates to the learning loss, and so, we have been doing a lot of training with our teachers – we have been able to attract support from the OECS (Organisation of Eastern Caribbean States…,” Minister Pierre told the sitting of the Lower House.

“…We continue to empower our teachers in the area of assessment…,” she added while explaining that teachers’ assessment of students’ performance “cannot carry the same meaning as before,” but must be tailored towards this particular COVID-19 period and that efforts will be geared to enhance teachers’ capacity “to assess with greater meaning.

The minister told Parliament: “…But also very important, intervention strategies that are so necessary at this time…we must fill the gap and, so, these interventions not just for supporting teachers but also for supporting students who have been identified by principals as lagging way behind.”

However, the female government minister did not elaborate on what these measures would entail.

“Notice, I said way behind because they are all lagging,” she said, while pointing to a “recent report which indicates that most (of) our students would be as much as 10 months behind academically.”

“And so, there is a lot that has to be done, and so, we have to ensure that we continue to push ahead,” she declared.

However, the newly elected Political Leader of the National Democratic Congress, Dickon Mitchell has expressed the view that in light of the challenges already faced by the pandemic, the government should invest more of this year’s EC$1.3 billion budget, towards ensuring that each student can participate in online learning in going forward.

Dickon Mitchell used the longstanding issue of students’ low performance in the CSEC Mathematics exam to criticise, and question the leadership of the ruling New National Party (NNP) government of Prime Minister Keith Mitchell, which is vying to be re-elected to serve a third consecutive term in office in the impending General elections.

The NDC leader said: “When you hear the statistics that come out of CXC in terms of how our students do at Math, if I was the Minister for Education, I frankly, would be ashamed because the pass rate is woeful, and yet you do not hear a concerted effort, or even a public outburst, cry or indication that that sort of low pass rate is unacceptable, and that as a nation and a Ministry, we will do all in our power to correct the trajectory, and put us in a position where for example our students understand and do better in Maths.”

Dickon Mitchell, who is hoping to oust Prime Minister Mitchell to become the youngest Prime Minister of Grenada when the highly anticipated poll is called, had expressed the view that “post-1983 or 84, Grenada has (not) had sufficient leadership that speaks to the welfare of Grenada in general as distinct to limited groups or interest groups within the country”.

“…Leadership means, particularly from a political perspective, addressing the issues that are of concern to the nation, and ensuring that (we) take steps to continuously build our nation…and, if we understand that we live in a world of technology, digitisation, and the creative arts, which include things like music, Math is fundamental to that and so, we must recognise that as a nation.

“… We must be prepared to come to the nation and say this is not acceptable, we must be able to do better, we will aim to do better, and that these are the corrective steps that we would take from a pre-primary school level to the primary school level, to the tertiary level – if it means that we have to import resources et cetera, we will do so but we’ve never had this kind of engagement, not even on a micro or macro level.