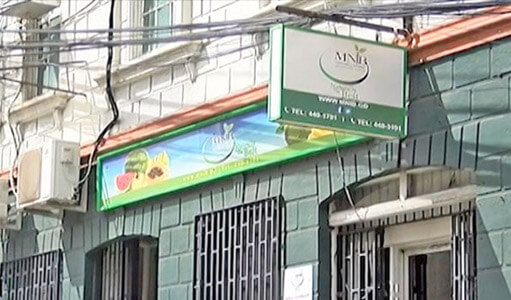 The state-owned Marketing and National Importing Board (MNIB) and the Planning and Development Authority (PDA) have been identified as entities that will “require major urgent attention” in going forward as the Dickon Mitchell-led Congress administration rolled out its transformational agenda for the country.

Prime Minister and Minister of Finance Dickon Mitchell expressed concerns about the two bodies as he outlined their unsatisfactory operation and the critical role of both entities in national development during the weekly post-Cabinet press briefing in St. George’s on Tuesday.

In the case of MNIB, PM Mitchell hinted at the possibility of closing down the loss-making Marketing Board which has “been hemorrhaging money” and operating at a loss in excess of EC$1 million a month” and “perhaps for much of the last 20 years (has) been one problem child or another.”

The Prime Minister, who alluded to the Integrity Commission’s intervention to investigate the management and operations of MNIB for the period 2012-2018, noted that “there have been significant issues in the recent past pertaining to mismanagement, corruption, all kinds of things…”

“And crucially, I don’t think you will find a farmer or any agro-processor in Grenada, who views the Marketing and National Importing Board positively, and so we are going to have to take critical measures to address hence the need to have the board put in place so that we can take control of the situation and have firm recommendations as to how we go forward,” he said.

PM Mitchell told reporters that preliminary briefings have indicated that “we may have to consider ending the life of the Marketing & National and Importing Board and reconstituting either a new entity” to really carry out the mandate of MNIB.

According to Prime Minister Dickon Mitchell, it appears that there is “no real plan to achieve the things that the Marketing and National Importing Board was meant to do which in my view and in our government’s view (was) to assist producers in Grenada with finding markets for their produce within and outside of Grenada.”

He alluded to the fact that MNIB was not set up “to engage really in retailing and that has not been happening and not only has it not been happening, the entity itself has been sucking significant resources out of the state to repay loans that MNIB has taken to pay basic operating costs and that cannot continue for much longer.”

Prime Minister Mitchell also took issue with what he referred to as the ‘snail’s pace’ concerning the operation of the Physical Planning and Development Authority (PPDA), which is responsible for granting approval for development purposes on sub-development land, and for the construction of residential, commercial and industrial buildings.

PM Mitchell alluded to the slow pace at which the authority carries out its work of approving plans and see this as a major area of concern that must be addressed going forward under Congress.

He spoke of being aware of the challenging operational issues of PPDA prior to assuming office last month but advanced the argument that at the best of time the public has been dissatisfied at the pace at which the statutory body, which he acknowledged has been in transition to some extent, carries out its work.

He said the office of the Authority, which is located at the GCNA Complex on Kirani James Boulevard “has had staffing and resources issues, as some of the staff are attached to the Ministry of Finance.”

PM Mitchell said, this has “severely compromised” the authority’s ability to deliver services in a swift manner to the public, noting that “in the three (3) weeks since we (the NDC administration) have assumed office, we have received significant complaints.”

He highlighted the backlog of plans lodged there “and seemingly no responses have been forthcoming and obviously we need to address this as quickly as possible.”

“The effect is for instance, you have persons who submitted plans, and I can say this because I experienced this myself, and it took in excess of a year for the Authority to approve your plan.”

“Now if you are trying to build a house, for example, and you submit your plan and it takes a year for a response, any number of things could have happened in that year; the cost of material could have skyrocketed, the contractor you had could have moved on to construct another house and so you’ve lost him. And you may very well find yourself starting all over again, the bank loan approval that you got usually is valid for 12 months, and after 12 months you can’t draw down the money and you have to start the process all over again.”

According to PM Mitchell, the current situation with the authority “severely compromises and hinders economic development.”

“So, we need to address this,” he said, adding that “it means that we are going to have to look at the law as well, perhaps in the medium term to see whether or not it is doing what we want it to do, which is to serve the citizens efficiently…”

“We are going to look at how plans are actually approved so that the process is transparent, and efficient…. I do not mean to cast any aspersions on persons who served at the authority, and had to approve the plans.”

“You must be aware, for example, that in the past, even the Integrity Commission has had to look into the operations of the Planning and Development Authority over allegations of fraud and corruption and so on.”

“There has been a lot of times, rumors over suggestions, that people are not treated fairly in terms of; this person is approved yet this person is denied et cetera.

So, what we want to do is get to a point where there is a transparent process, where in fact, the persons who are submitting their plans or the agents or the contractor as the case may be, who is making the submission on their behalf, can in fact sit in the room, whether using technology, or sit physically in front of the board, present the plans, and answer questions that the Planning Authority or board may have so that in real time you could get a sense of whether your plan would be approved or not as opposed to a situation where you submit it and wait, and there is no timeframe by which a response is given.”

“So what we want to do is get to a point where there is a mandatory timeframe by which the authority must respond saying ‘yea or nay’ and if the answer is ‘nay’, explain to you clearly what are the challenges or the things that you need to correct to get approval.”