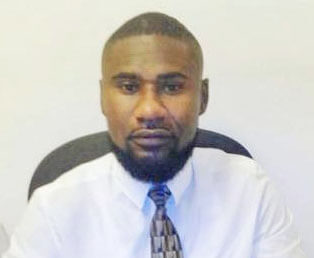 Earl Maitland – a well-known political activist on the island

Frontline officers of the Royal Grenada Police Force (RGPF) will soon be required to wear body cameras while on duty and a local activist is calling on the authorities to establish measures to protect the integrity of video captured by the cameras.

Earl Maitland, who has been advocating for the use of cameras by the police, said it would only serve the public well if evidence captured by the devices is handled by an independent body, rather than by the police.

At a recent news conference, Acting Commissioner of Police, Edvin Martin announced that cameras will become part of the gear that frontline officers carry on duty and that it would be in line with international law enforcement requirements.

Maitland, who heads a small political party, said he is concerned that video evidence which may be captured by these cameras that may be unfavourable to the police would disappear.

“What I really hope is that the video files do not get reported as lost or corrupted. Evidence has disappeared and they (the police) have been doing things and getting away with it,” he said.

“I hope that an independent body will be put in place to review such footage. I am concerned about how it would be handled, where files would be uploaded and who will be responsible for viewing and reviewing it,” he added.

Currently, there are no laws that allows video evidence to be used in formal legal hearings and legislation has to be passed in Parliament to allow for the use of the cameras as well as the video captured.

Maitland, who has been advocating since 2016, for cameras to be used with the police service, called the introduction of body-cams “a good start” but said the place where cameras are most needed is inside the police stations to capture the holding cells and duty desks.

“It is a good start, especially since we have had so many reports of police brutality. I would like to see them install cameras inside the police stations where officers are sometimes asleep while on duty or being disrespectful and abusive to members of the public, he remarked”.

Maitland is hopeful that the use of the cameras would result in a decrease in complaints of police brutality and misconduct.

“I hope there will be less people turning up like Oscar Bartholomew, Kemron Peters, Claudius St Paul and many more we have lost while in police custody,” Maitland said, referring to people who encountered problems with the police.

There has been growing concern among the public about police misconduct and abuse of authority, particularly in the last few months that the country has been under a State of Emergency as a result of the novel coronavirus health crisis.

A police shooting of an unarmed 24-year old footballer, Jamal Charles at his home in Gouyave in June drew public protest and rioting.