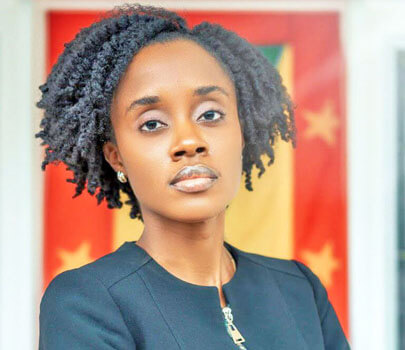 Plans are on the way to amend the Possessory Titles Act, which touches and concerns the issue of land ownership in Grenada, to address concerns surrounding the alleged “misuse” of the Act, which benefits those who have been in adverse possession of land for periods of 12 years or more.

Attorney General Dia Forrester disclosed Tuesday that the Office of the Attorney General is in receipt of “several complaints and concerns raised by judicial officers including members of the Grenada Bar Association (GBA), and the public in relation to the misuse of the Possessory Titles Act for the purposes not intended, which has led to the identification of “inadequacies” in the legislation.

“We have identified some inadequacies in the legislation, and my office will be advancing recommendations for Cabinet to take for onward debate in Parliament to make changes to the Possessory Titles Act,” said the female AG at the weekly Post Cabinet media brief in St. George’s.

The Act provides the terms, and conditions for regularising land ownership issues, through the granting of legal title documents as evidence of the transfer of interest, for instance, from one generation to the next.

Before the Act came into force in 2016, statutory declarations were used to claim land based on adverse possession, a process that involved a person with knowledge of the applicant’s ownership, swearing an affidavit, filed in the Supreme Court Registry declaring an oath that they have known the individual(s) to have owned the land for 12 years or more.

The Act came about after the court formed the opinion that a statutory declaration is not a document of title recognised as evidence of land ownership, and critically important is that banks and financial institutions have refused to recognise it as security for loans.

AG Forrester pointed out that title documents obtained under the Act can be used “to obtain secured financing” for things like “mortgages and student loans.”

Referring to the “urgency” in addressing the situation at hand, the legal advisor to the Cabinet of Prime Minister Keith Mitchell, expressed optimism that the changes can be effected “in the third quarter of this year”.

“…Of course, there are ongoing applications before the court, so, we want to as much as possible ensure that those are done in a timely manner,” she told reporters.

Attorney Forrester said the amendments to be made include the introduction of a “more “comprehensive representation of an applicant’s occupation of the property to evidence the actual occupation verification of that occupation, not merey by deponents who know the applicant but by independent third parties with the requisite competencies to verify the occupation and use of land.

In addition, she said that “the method by which the public is notified, of applications for possessory titles including neighboring properties” would also be revised.

She indicated that “notably, provisions will (also) be made for electronic publication so that there is greater coverage and wider circulation of applications.”

A few months ago, THE NEW TODAY had called for a revisit of the Possessory Titles Act when it discovered that a small hotelier in the south of the island was illegally trying to use the legislation to take control of a parcel of land in the Grand Mal area from the owner who lives in the United States.

When confronted the suspect decided to withdraw his application already filed in the Supreme Court registry as his lawyer was presented with facts to show that he had never been in control of the property.