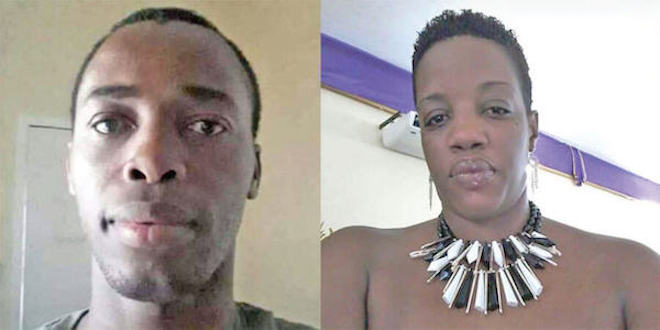 It’s a love affair and not no money talk.

That’s how one person has described Monday’s gruesome killing of Lindy Skinner-Morain by her 33-year old former lover Carlvin Frank at her rented apartment in Jean Anglais, St. George.

Frank appeared before a St. George’s Magistrate on Thursday to face the charge of Non-Capital Murder and Housebreaking after he unlawfully broke into the apartment and delivered over 33 stab wounds to the body of Skinner-Morain.

He was also charged Wednesday by members of the Criminal Investigation Department of the Royal Grenada Police Force (RGPF) for “Attempted Non-Capital Murder”, by attempting to cause the death of the sixteen year old daughter of the deceased who also received stab wounds to the body.

THE NEW TODAY has been able to piece together the episode as it unfolded in the early hours of the morning when Frank showed up outside the apartment around 6.00 a.m. to collect what he said was EC$150.00 owed to him by his former female companion.

According to a resident who lives in the area, Skinner-Morain had dumped the murder suspect and had another man inside the apartment when Frank showed up for the money.

He said that several different men were known to frequent the apartment to spend the night with the woman who was employed for most of her life in the hotel industry as a cook.

“She never had a man living with her. She was a player, player – different guys used to be in the house,” he told THE NEW TODAY.

“I knew that (deadly incident) was coming because of the kind of traffic there (involving men). I know that some man was going to bounce up man,” he said.

Skinner who is from Hope Vale in St George South-east had only taken up residency in the apt six months ago.

The source said that soon after Frank came to the living quarters he had a brief conversation with the landlord after knocking on the door of the apt which Skinner-Morain did not open for him to come inside the building.

“He knocked knock, knock, tried to get in but she ain’t answer. She had another guy sleeping with her. That is what upset (him and) the whole thing is about. She finished with him and picked up somebody else.

“…He called me and he say I will see some police coming …is he that call them because the woman owe him some money and he come for he money so he called the police. I said ok – well they ain’t coming to me.

Frank then called South St George police station to inform the lawmen that he came for his money and didn’t get it as the woman was inside and did not open the door of the apt.

The resident said the Police came on the scene but left shortly afterwards to drop off somebody to the court but came back about 20-25 minutes later.

He reported seeing a policeman speaking to both Frank and Skinner-Morain but refuted claims being made in some quarters that an agreement was reached between the deceased and her alleged murderer for the repayment of the money.

“That is not true – the boy never agreed. He was trying to show police on his phone where she promised to pay, and she never paying so the fellah say he’s not taking this last promise just so. He want his money and he’s not leaving without his money.

According to the informed source, both he and the police left the area together but went in different directions out of Jean Anglais.

THE NEW TODAY understands that after the police left, Frank smashed the glass on the front door to gain entry into the apartment.

The source said that this is where the murder accused suffered some injuries and was later taken, after the killing by police to the St. George’s General Hospital to receive medical attention.

“How I see the glass break a man couldn’t go inside there without getting chop up. It wasn’t a clean break of the glass on the door. So he shoved his hand to get in – dey is where he get some cut,” he remarked.

The source also disclosed that the knife used by Frank to deliver the deadly stab wounds to Skinner-Morain came from inside the apt itself.

“When I spoke with him I didn’t see no weapon on him – nothing,” he said.

Before Frank was dumped by the deceased, he would often sleep the night in the apt with her but left early the next day.

The Jean Anglais resident said he had every reason to believe that the murder suspect lost his cool after the woman opened the door to allow her other male companion to leave and then closed it back.

He indicated that this other man would sleep in the apt with Skinner-Morain but would leave around 9-10 on mornings.

“It’s a love affair (that caused the killing) and not no money talk. Yes – the money is involved but it is not that that spark all that.

The resident also said that the woman broke up Frank’s relationship that he was involved in with another woman.

THE NEW TODAY understands that Skinner-Morain was also believed to have been engaged to another man and was in the process of planning her second marriage.

Her first marriage was said to be someone from the Springs area.

The landlord had also contacted an attorney-at-law with a view to getting Skinner-Morain out of the apartment for non-payment of rent for several months.