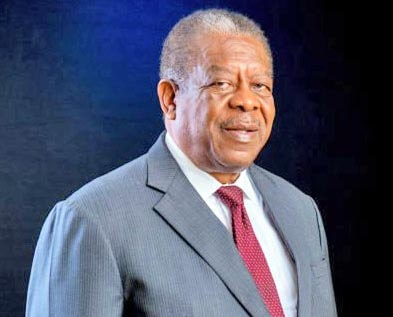 An eminent group of Caribbean professionals headed by retired President of the Caribbean Court of Justice (ICJ), Sir Dennis Byron has handed in a damning report on the running of the University of the West Indies (UWI) and its three campuses in Barbados, Jamaica and Trinidad & Tobago.

The group of experts was mandated to carry out the work by Chancellor Robert Bermudez, based at the Mona campus of UWI in Jamaica in a decree dated December 5, 2018.

The Byron group was specifically asked to “examine the performance of The UWI in relation to its objects as stated in the 1972 Charter, including its management practices and its features of transparency and accountability within the University system and to make recommendations and report to the Chancellor.

The report focused on many of the weaknesses in the operations of UWI that is currently run by the Barbadian-born, Professor Sir Hilary Beckles.

It said that the comments and recommendations of the Commission are aimed solely at supporting the University in its efforts to consolidate and build on its strengths.

“It is the Commission’s earnest desire that the issues and challenges discussed in this Report be addressed so that the strengths and achievements of the University will not be undermined nor its development inhibited,” it added.

As a public service, THE NEW TODAY reproduces some of the highlights in the Sir Dennis Byron Report:

The current state of The UWI

The UWI is at a critical crossroad characterised by both great opportunity as a premier shaper of Caribbean human capacity and the risk of becoming irrelevant to the development of the region.

The macro-environmental challenges include the political tension between the regional character of The UWI and its national remit, competition from foreign education providers, underdeveloped funding mechanisms for tertiary education throughout the region, a disturbing demographic shift in the tertiary education landscape in favour of foreign universities, a high rate of migration of persons with higher education qualifications, and structural anomalies in the education system – including insufficient attention to early childhood development.

There is an under-optimised but immense scope of opportunity to apply new ICT technologies. The environmental challenge caused by climate change has affected every aspect of life in the Caribbean while, at the same time, Caribbean scientists, with The UWI in the lead as a centre of innovation, have been playing an important role in climate change studies.

The proud history of The UWI as one of the longest standing tertiary education providers in the English-speaking Caribbean, having grown into a complex federated system with campuses, and regional and global structures, has the corollary that aspects of its legal framework and systems have become outdated and need revision.

The inspirational vision of the University to internationalise itself, is tempered by some disquiet about the business soundness of its implementation.

The Corporate and Academic Governance

The Commission found itself significantly aligned to views expressed in the University Management Audit Department Report, 2019 (UMAD Report) which identified weaknesses in the University’s corporate governance system including:

(b) a weak and under-resourced risk management system;

(d) chronic absenteeism at the meetings of key governance bodies such as the Finance and General Purposes Committees (F&GPC) at both the regional and campus levels.

Additional concerns raised before the Commission during consultations with the broader university and external community, included:

(c) Approval of a Strategic Plan without adequate financial and other resources allocated for the accomplishment of initiatives in the Plan, even on the basis of priorities

(e) Lack of accountability by managers who often take no action with respect to poor performance, adverse decisions against, or improper behaviour of, those supervised

(f) Failure to consistently observe or enforce ethical guidelines (as contained, for example, in the Statement of Principles and Code of Ethics)

(k) Other fault points in communication and marketing and in IT that point directly to lapses in governance oversight in the institution.

Against this background, the Commission selected certain key issues on which to make recommendations focussing on:

(a) structural and organisational arrangements that would allow for serious debate and interrogation of proposals to support the decision- making process;

(b) the need to identify of a culture of accountability in the exercise of authority;

(d) better management of risks; and

(e) the development, implementation and monitoring of strategic plans that, while taking account of the priorities of each campus, maintain a coherent regional agenda for the University.

The Commission recommends the restructuring of the University’s governance system based on the following:

(i) The retention of the Council and (with minor adjustments) the Campus Councils in their current form as stakeholder assemblies. The Councils at the regional and campus levels would delegate to standing Executive Committees authority to act on their behalf between meetings, subject to such powers as the Council should reserve to itself, including the power to:

(a) appoint the Vice- Chancellor;

(b) amend or revoke the Charter and Statutes;

(e) approve the annual budget; and

(f) exercise control over the custody and disposition of the University’s real property.

The Commission strongly advocates the adoption by the University Council of a Statement of Primary Responsibilities.

A critical function of the Executive Committee would be to ensure that the (University) Council’s decisions on the strategic direction and goals of the institution are implemented by measuring performance and the achievement of these goals against key performance indicators and metrics approved by the Council.

The ECC at the regional level would oversee the functioning of the proposed Advisory Committees of Council and have a strong monitoring function, with an emphasis on accountability throughout The UWI system.

(iii) The abolition of the (University) F&GPC, the Campus F&GPC and the University Strategy and Planning Committee as the functions currently performed by them would be assigned to other entities in the restructured arrangement.

(iv) The creation of Advisory Committees of the Council and the Campus Councils. At the regional level, there would be six Committees responsible, respectively, for: Governance; Finance and Capital Allocation; Audit and Risk; Human Resources; Student Success and Digital Transformation.

(v) The formalisation by Ordinance of the Council of the Executive Management Teams ‐ ad hoc advisory groups which, at the regional level, provide management support to the Vice-Chancellor and, where they exist at the campus level, similar support to the Campus Principal. It is recommended that these Teams should be renamed the University Senior Management Committee and the Campus Senior Management Committee, respectively, to avoid confusion with the Executive Committees of the Councils.

In the proposed restructured arrangement, the statutory roles of the Vice‐Chancellor and Campus Principal, respectively, would remain the same.

However, if the Finance and General Purposes Committees at the regional and campus levels are not abolished as proposed by the Commission, the Commission recommends that the chairmanship of these Committees should vest, in each case, in an external member of the Council or Campus Council, as the case may be, and not in the Vice-Chancellor or Campus Principal as is currently the case.

The Commission noted that academic governance at The UWI appeared to be in keeping with reputable accreditation standards, although there were some challenges to be managed.

(a) unwieldy Academic Boards with a high degree of absenteeism;

(b) a perception by some academic leaders that there was no forum in which issues common to both the undergraduate and postgraduate experiences could be discussed;

(c) criticism of the promotion system for academic staff, in particular, the concern that not enough recognition or weight is given to teaching and community service in the assessment process; and

The Commission’s recommendations for the improvement of academic governance revolve primarily on the revitalisation of the Senate to provide a forum for collaboration, co-ordination, rationalising and monitoring of the University’s academic governance system as a whole, given that academic authority is dispersed among BUS and BGSR at the regional level and five Academic Boards at the campus level.

A review of the Academic Boards is also recommended especially with respect to the size of the membership and the high level of absenteeism.

Herb Kelleher, former CEO of Southwest Airlines, famously said “the business of business is the people.” But the feedback that the Commissioners received suggests that the University is not intentionally focussing on the people in the organisation and that the employee experience is not being managed efficiently.

The Commission identified areas where appropriate attention and focus are needed and action taken to enhance the overall employee experience and improve engagement, morale and productivity.

It felt that there was a need for exposure to ongoing leadership development programmes and recommends simplified performance management processes legitimised through international benchmarking that could resonate with and motivate staff.

In the Commission’s view, the University should incentivise performance and ensure that, on a consistent basis, appropriate action is taken for misconduct. The Commission is aware that Ordinance 8 is currently under review.

It encourages the completion of this exercise which addresses these issues and suggests that the review committee be asked to include in its deliberations the recommendations of the Commission with respect to the amendment of Ordinance 8.

The Commission further recommends that all opportunities for promotions be advertised and that feedback be given to staff whose applications are not successful.

An important concern was the absence of a framework to ensure accountability and performance of staff members who are Officers of the University under the statutes.

The Commission took the view that it would be desirable to have some statutory coverage for the Executive Management Team, including confirmation of its status as an advisory body, (given that the executive function is vested by statute in the Vice-Chancellor and Campus Principals, respectively) as well as the prescription of the Committee’s membership, and has made a recommendation to this effect.

It was recognised that implementation of the changes recommended in this Report would require strong change management capacity, involving cultural issues. The Commission is, however, convinced of the need to positively and urgently work towards building trust and leadership credibility.