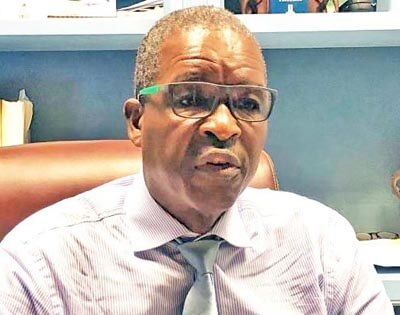 Attorney-at-law Jerry Edwin has started to plot his defense for a 17-year old boy from Mardi Gras who is accused of the rape of a 2-year old male infant on December 31.

In an exclusive interview with THE NEW TODAY, Edwin said the information coming out of the case seems to indicate that the State has failed persons like his client who was also subjected to rape at a young age by someone of his own sex.

“This is a tragedy of enormous proportions that resonates with the State as a provider of care and to protect the vulnerable and us as a society. No intervention was done on this little boy. No doctor, no counselling.

This one rocked me to the core,” he told the paper.

The accused reportedly told police in a “confession statement” that something triggered him to push his penis into the bottom of the infant who was left in the care of a neighbour by the mother, after he saw the person who had did a similar thing to him about seven years ago.

Edwin said “the inferiority” that this 17-year old had been suffering over the years from the experience is a point for serious consideration in the case before the court.

“He (17-year old) gave a statement that is heart-wrenching about the inferiority that he has been suffering with all these years and how he saw the perpetrator and that triggered something in him that he cannot explain.

”What it does say he was deeply, physiologically wounded when he was raped by the neighbour 7 years ago.

According to Edwin, as a society “we have to go to the root cause” of what is causing this kind of behaviour among young people.

“By the statement he gave the police he is going to be exonerated on those grounds,” said the U.S-trained attorney-at-law.

Edwin pointed out that the facts of the case is that the 17-year old was “physiologically impaired” without any intervention from anyone in the society after he himself was sexually abused by a male.

“It is such a troubling case. It’s like a vicious cycle,” he said.

Edwin said the case will reveal that, “seven years later, he’s baby-sitting this little boy – his brothers and them have left the room, the little boy is watching cartoon. The 17 year old victim looks out the window and he sees his neighbour who is now 22, 23, who had raped him when he was 10”.

“These are the words of the 17 year old – I wanted to be superior and equal to him and I turned and I saw the kid watching cartoons because what had happened is that I was watching cartoon when he did this to me and before I know it I had my penis in his bam”.

According to Edwin, he is convinced that there is “a crisis of homosexuality among young people in Grenada especially among young boys”.

“What it says is that our society really has no guard rails, no protection for victims – very little for girls and at least for boys (nothing)”, he said.

The attorney pointed to the shame which the 17-year old felt at being raped as a boy and “the incapacity of our social and health infrastructure to deal with it”.

“This is what happens when society fails a vulnerable person – they lash out and repeat the crime,” he said.

Edwin went on: “We see it often in domestic violence and what we find out is that often people themselves have been beaten so they think the thing to do is to strike out with violence at the slightest thing – the wife, the children – they just strike out”.

“But we mostly see this kind of reaction in sexual victims – you are a victim of rape you end up perpetuating the same crime on another vulnerable person”.

Edwin is contending that what this case shows is that more than one victim is involved and that the police now have a duty and responsibility to arrest the 22-year old that was identified in the statement as raping the 17-year old about seven years ago.

This, he said would help to bring closure to the matter.