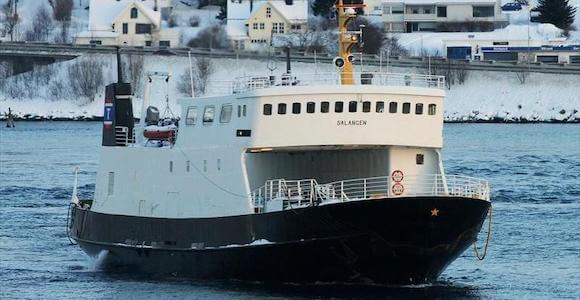 A breach in entry protocol by Health officials on Mainland Grenada could be responsible for the latest outbreak of the deadly Covid-19 virus on the sister isle of Carriacou.

Well-placed sources told THE NEW TODAY that nine new cases were discovered in the past 24-hours on the sister island linked to the Dolly C, a boat that travels between the two islands.

One source said the Dolly C had travelled to neighbouring Trinidad & Tobago for repair work on dry dock and when it returned to Grenada just over a week ago was allowed to pick up cargo in Port St George and travel up to Carriacou the following day without crew members going into quarantine.

He said the boat travelled between the two islands on the following Monday, Wednesday and Friday before the virus was detected on one of the crew members.

One person associated with Dolly C is currently hospitalised due to certain underlying health conditions.

Another crew member who did not travel with the boat to Trinidad was tested positive Sunday morning with Covid-19.

According to the source, the ninth victim went on the boat upon its arrival back in Carriacou waters from the Mainland.

He said: “They came from Trinidad the week before last Thursday, came in and were allowed to go and take cargo and passengers from Grenada and carry them to Carriacou on the Friday. So they came in on the Thursday and on the Friday loaded and came up to Carriacou.

“They spend the weekend (in Carriacou) and the whole of last week they worked – they are working Mondays, Wednesdays and Fridays. Only yesterday (Saturday) they realised that four of the crew members tested positive for Covid,” he added.

The source revealed that four other persons on the island who came in contact with Dolly C also tested positive for the virus within the past 24 hours.

He said that health officials on the Mainland were “careless” and should have been more vigilant given the fact that the small vessel and its crew came out of Trinidad which is a current hotbed for the deadly virus.

The source felt that health officials on the mainland should have kept the crew members of Dolly C in quarantine for the weekend following their arrival on the Thursday and then test them on Monday before giving clearance to resume business operations between the two islands.

“Let them sit out the weekend and you test them on the Monday. They would have had enough virus in the system for it to show up. Based on what I am hearing … it doesn’t seem that they were tested,” he said.

THE NEW TODAY has not been able to ascertain whether the crew of the Dolly C were tested for the virus by local health officials on their arrival from Trinidad.

The source expressed fears that many other residents on the sister isle could be exposed to the virus due to the known movement of Case No.9

“Case No. 9 is a crew member but he did not go to Trinidad with the boat. He went on the boat the Friday it came up to Carriacou. This guy No .9 doesn’t sit down home – he does be all over the place.”

There has been no official announcement from health officials in Grenada about the latest discovery of 9 positive Covid-19 cases on Carriacou.

The November 21 Dashboard released by the Ministry of Health showed that there were 7 new positive cases of Covid-19 on the island with the total figure now standing at 5873 cases since the virus was first detected on the island in March 2020.

Grenada has seen 200 deaths from the disease and 33, 893 persons considered as fully vaccinated out of a population of 110, 000