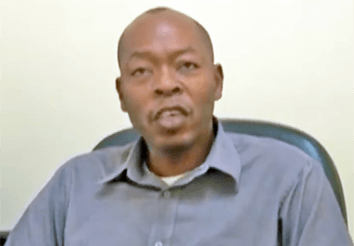 That’s according to the Voter and Civic Registration Officer within the Parliamentary Elections Office (PEO) Ferdinand Phillip, who provided an update on the registration, and Voter I.D. replacement process ahead of the highly anticipated upcoming General Election.

In an exclusive interview with THE NEW TODAY via telephone on Tuesday, Phillip said that in 2021 there was a lull for several months in the process but coming toward the end of the year, a number of persons seem to have gotten the message that an election is imminent.

“…They are coming out, and seeking to have that expired document replaced, and for persons who were not yet registered, be they 18-year-olds or subsequent to that, older ages, they are coming out in rather good numbers…” he said.

The official Consolidated List of Electors as of December 31, 2021, was released for inspection Monday at specific locations within the 15 constituencies, with 84, 145 eligible voters listed.

This reflects an increase of 2145, compared to just before the March 2018 General Election, in which the incumbent New National Party (NNP) government of Prime Minister Keith Mitchell captured a second consecutive clean sweep victory at the polls.

According to Phillip, just before the last General election in 2018, the list had approximately 82, 000 persons registered to vote and there is an ongoing “smooth” registration and Voter I.D. replacement process taking place.

Each constituency is served by at least one (1) office except for St. George South, St. George North-east, St. George South-east, and St. David, which have two (2) offices that facilitate the registration or Voters I.D. replacement process.

Responding to questions posed, Phillip told THE NEW TODAY that while the PEO is expecting “a heightened increase in (registration) numbers” leading up to the next election, “there is not a greatly discernible difference” among the youth, a population, which he noted “tend to be more enthused about the whole process…”

“We have always had young people coming out participating in the process, and to me, the message of getting registered has resonated with them,” he said.

“We have never really had a great issue with young people coming to get registered. As soon as they reach that age of 18 they are idealistic, they believe in this whole electoral process,” he added.

According to Phillip, “the older age groups is where we saw a lot of voter apathy being in play” as “persons were saying (that) they were disillusioned with politics, and so forth.”

“But, what I can note now is that several of these persons are coming out. So, you are seeing a rather good amount of persons in the older age categories coming to get registered, and in large cases, coming to have their expired I.D. replaced,” he remarked.

Phillip also used the opportunity to commend some of the political parties and interest groups “in galvanising people out there (who were on the fringe for whatever reason) to come out and to get registered.”

The Senior PEO official also recalled that there was “a very heavy influx of persons coming to get registered, prior to the last general elections, leading right up to the date when registration ceased, when the Governor-General issued the writ”.

“Of course, we would acknowledge that replacement was not in focus yet,” added Phillip, who also expressed the view that as part of human nature “we (people) tend to wait (for the) last minute to do several of the things that should be addressed early on.”

“And so, we do perceive, though we are trying to proactively prevent that, there will be a last-minute rush of persons seeking to get registered or to have their expired I.D replaced.”

“People sense that an election is coming around the corner, whether the Prime Minister goes to the long haul, and goes until next year, or he calls it sometime this year…to me the discussion at the side shops and all these different places, it is about the likelihood of whether the NNP going back in power or the NDC (National Democratic Congress) assuming the mantle of office – that is the discussion that is captivating the minds of persons a great deal today.”

“But without having scientific data before me…in my observation of the whole process, I would say like I have heard persons say, it seems (like) it’s going to be a really big election.”

Both the ruling party and Congress have started to campaign on the ground for the election which many pundits believe might be called between March to May.