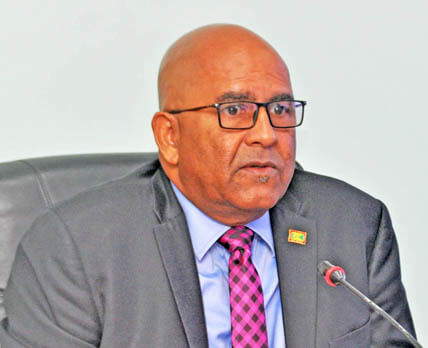 Almost half of the persons travelling around the world with Diplomatic Passports issued by Grenada are nationals of China.

THE NEW TODAY gleaned the information from a document submitted to Parliament by the Ministry of Foreign Affairs in response to a question posed to Foreign Affairs Minister, Peter David by the Leader of the Opposition, Tobias Clement.

According to the document, a total of 60 diplomatic passports are currently in use of which 28 are in the hands of Chinese.

It identifies Egyptian businessman Naguib Sawiris who is behind the Silversands hotel on Grand Anse beach as a Grenadian Ambassador-at-Large.

The list does not include the name of the controversial Charles Liu, the Chinese national who had signed a billion dollar agreement with the Keith Mitchell-led government to development Mt. Hartman into a luxury resort area.

A total of 15 Chinese listed as Trade Commissioners and going around the world with Grenada diplomatic passports while another five Chinese nationals hold the title as Ambassador-at-large.

Liu has fallen from grace after he was charged by the U.S government.

Around 2014, Charles C. Liu and Xin Wang, a married couple and U.S. citizens in California, sought out investments from several Chinese companies claiming they were going to use the money to build a cancer treatment center through which they would then establish a means for the investors to obtain EB-5 visas.

The EB-5 program allowed for such visas to be obtained as long as more than US$500,000 was invested in certain types of development projects.

By 2016, they had obtained investments from at least 50 different Chinese citizens, totaling more than US$27 million.

However, as determined by the Security and Exchange Commission (SEC), the couple did not use the funds towards the project.

While they had secured the land, there had been no development work on it in the eighteen months after they got the investments, and the SEC found that US$11.8 million of the funds had been transferred back to Chinese companies owned by Liu and another large portion used for personal expenses by the couple.

The SEC had began its investigation in February 2016, and filed official charges against the couple in June 2016 under the Securities Act of 1933 that prohibits fraud, specifically misstatements as to use of investment funds.

As a public service, THE NEW TODAY reproduces the list of persons with Grenada diplomatic passports: