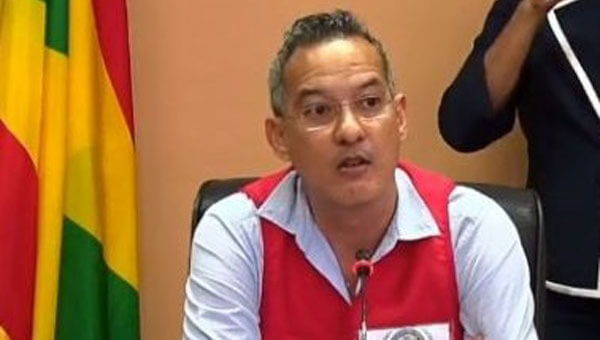 Grenada is into a major Covid-19 crisis with the discovery of 30 new virus cases on the island on Wednesday.

According to well-placed sources the Keith Mitchell-led ruling New National Party (NNP) government is set to make the stunning announcement to the nation sometime in the course of the day.

This development comes as the British government is set to send back home a Grenadian who landed in the United Kingdom last week Tuesday morning and was tested positive although he had a negative PCR test from a local health facility in the south of the island.

THE NEW TODAY called the Laboratory since it is not known to have the capability to do PCR tests.

However, a female employee said that no one is available until Thursday morning at 8.00 a.m. to give any such information.

One of the owners of the business was also not co-operative as speculation is rife that the so-called PCR test might have been a fake.

A source who is familiar with the British incident said that the Grenadian who tested positive for Covid-19 is from St. George and runs a shop and was attending to the public up until his departure on the Virgin Atlantic flight.

He said that the individual travelled to London with his British-born girlfriend on a holiday when he was taken into custody and tested for the virus.

He spoke of the local man telling the authorities in England that he might have contracted Covid-19 either on the flight or arrival at the airport in London.

The British are insisting that this was not possible and that the Covid-19 case originated in Grenada.

According to the source, Public Health officials in England instructed the Covid-19 positive man to inform the authorities back in Grenada about his health status.

The British authorities also called a number of persons who came in on the Virgin Atlantic flight from Grenada to isolate due to the discovery of the Covid-19 case.

Health Minister Steele and his Acting Chief Medical Officer (CMO), Dr. Shawn Charles have been coming in for heavy criticisms over the spike in Covid-19 cases on the island in recent days.

Some citizens have been pointing at what is perceived to be cracks in their plan to keep the nation safe from the deadly disease.

The residents in the area of Cemetery Hill in St. George are pointing fingers at health officials for dropping the ball in the case of a male resident who allegedly tested positive for the virus and passed it on to his girlfriend who works at a local Credit Union in the city.

“The man was told by health people to go and quarantine himself as he was a Covid-19 suspect but nobody from the Ministry of Health went and checked the place,” said an angry resident.

“The man went to his home where he was living with his girlfriend and a 4-month old baby and everybody in Cemetery Hill now frighten”.

THE NEW TODAY was told that a Team from the Ministry of Health was seen in Cemetery Hill on Monday engaged in Covid-19 mass testing of persons living in the area.