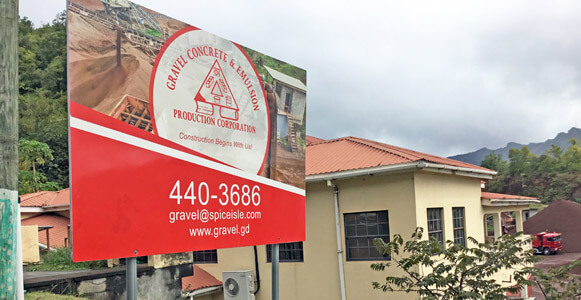 The operations of Gravel & Concrete was halted for about 2-hours last Friday as workers put down tools on instructions from their bargaining body, the Technical & Allied Workers Union (TAWU), headed by President-General, Andre Lewis.

A well-placed source told THE NEW TODAY that the gates leading to the company’s compound remained closed and persons could not enter to purchase items from the state-owned statutory body.

He said company bosses including a leading member of the board of directors, Archie Bain came on the work site very early in the morning and were seen pleading with the union to give them time to try and resolve some of the contentious issues affecting workers.

He stated that the early arrival of the two company officials suggested that they had some prior knowledge that a strike action by the workers was looming.

According to the source, the Board Member was overheard asking the union representatives on the compound to try and influence the workers to refrain from any strike action and “to keep it (the strike action) down and promised to do whatever has to be done since he did not want the situation to escalate.

A strike action at Gravel & Concrete could embarrass the government with general elections only a few days away.

The source indicated that Bain was seen regularly on his cellphone engaged in several conversations with someone who seems to be related to the government.

He said an agreement was struck for part of the contract to be signed by June 30 but that some of the workers wanted TAWU to force Gravel & Concrete to sign the entire agreement before the election.

As part of the deal, Gravel & Concrete agreed to reinstate the 10% deduction for items like gravel, concrete and blocks purchased by employees that were removed by management without agreement.

The source said that the Board of Directors of the company are now due to meet to discuss the issue of making all contract workers permanent members of staff.

The last signed agreement between TAWU and Gravel & Concrete dates back to 2017.