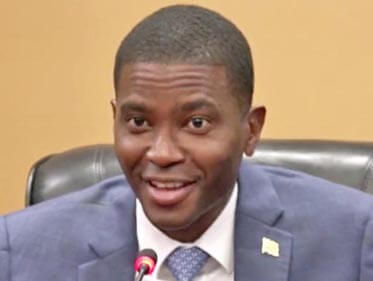 A Supplementary Appropriation Bill is expected to be tabled in the Lower House of Parliament sometime this month to adjust the revenue and expenditure of the State, as Prime Minister Dickon Mitchell confirms the replacement of the free gas policy used by former government ministers with plans to provide for an EC $2000.00 travel allowance for his new team members.

A Supplementary Appropriation Bill is brought forward when the need for funds is too urgent to be postponed by the government of the day.

Prime Minister Dickon Mitchell outlined changes to allowances for the ministers of the new Congress government as he responded to a question posed in this regard during Tuesday’s post-cabinet media briefing in St. George’s.

He said that travelling allowance does not apply to the Office of the Prime Minister because state vehicles are provided for that office.

“We were advised that there is also a free gas policy, which allowed, I am not clear if it’s ministers or MPs or both, to obtain gasoline or fuel from the Central Police Station. There seemed to be no controls in place, no written policy, rules, and regulation governing it, and so we discontinued it, and instead, we gave the ministers a EC$2,000 travelling allowance which would allow them to, in fact, have gasoline and/or a driver if they so choose,” he said.

Prime Minister Dickon Mitchell told reporters: “When we assumed office, it was clear that ministers were being provided with a cellphone at the expense of the Government of Grenada, so there was no need to have a fixed line telephone allowance.”

A few years ago the defeated regime was rocked by a cellphone gate scandal in which several officials had run up thousands of dollars in cellphone bills with Digicel, with the most striking case involving former Senator and Parliamentary Secretary for Youth Sheldon Scott, who was caught with a cellphone bill of EC$22, 000.00 a month.

Before leaving office, Prime Minister Dr. Keith Mitchell had told reporters that Scott has not heeded the request for the outstanding bills to be paid.

The new Congress regime has not given any indication on whether it wil pursue the Sheldon Scott matter.

Less than one week after coming into office, the Dickon Mitchell-led National Democratic Congress (NDC) regime discovered another cellphonegate scandal from the old NNP administration, in which a minister is said to have raked up a cellphone bill of just over EC$70, 000.00 in the last month in office.

The minister is believed to be one of the six successful candidates of the NNP in the June 23 general election and currently sits on the opposition bench in Parliament.