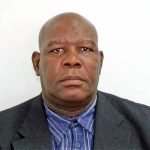 Congratulations to the Vice-Chancellor!

How ironic is it that “Sir Hilary is recognised for his global advocacy, academic scholarship and intellectual leadership in support of social justice, institutional equity, and economic development for marginalised and oppressed ethnicities and nations.”

The words highlighted are for your humble servant’s emphasis only!

If your humble servant continues with what could very well turn out to be a series of articles on the captioned subject matter, it would become clear to all and sundry why he chose to emphasise the words he has in the above paragraph.

When one marries the fact that Professor Beckles is presently the Chairman of the CARICOM Reparations Commission with another fact that Principal of the Cave Hill Campus of the UWI, Professor Violet Eudine Barriteau was thornily behind efforts by the Grenadian Prime Minister to “school” Cricket West Indies on matters pertaining to reform and good corporate governance, a gaudy picture of do as I say but not as I do emerges.

Those issues aside, the message to every citizen and governments in the West Indies is that despite the plans and achievements of the Vice-Chancellor and Principal of the Cave Hill Campus, the UWI is a runaway train that must be stopped, finally!

Way too much of taxpayers’ dollars are being spent, year after year, to support that academic institution for our leaders to continue to bury their heads in the sand like the proverbial ostrich, while the UWI is run like a mob! Enough is enough!

The UWI has evolved into a runaway train for dozens of reasons, none more critical, in my opinion, than the level of politics at play at that academic institution and the dictatorship.

Your humble servant need not dive into details on these issues now. In the interim, if there are nay-sayers out there, to ease your beautiful minds, just have a casual conversation with past and present employees of the UWI, and all should be revealed to you, if those employees are candid and plucky!

Let me end this piece with a word of caution to Hilary Beckles and Eudine Barriteau: Brian Michael Francis is a fearless human being. He stands behind his convictions, regardless of the actual or potential consequences!

If you doubt me, please consult your friend, Keith Claudius Mitchell, the current Prime Minister of Grenada. I am sure he will be delighted to bring you up to date on who your humble servant is and what he stands and does not stand for in this life!

Here is a little anecdote that might interest you both:

At the tender age of thirteen (13), my father abandoned me, completely. His abandonment came at a crucial time because I was, in a few weeks, about to enter Form 3 of my Secondary School, the Grenada Boys’ Secondary School (GBSS).

Why did he abandon me? As a young boy, my mother used to send me, mostly on Saturday morning, to my father for money for the market (so we used to speak in Grenada back in the days). As a standard rule, my father, who apparently, never wanted to support his “outside children,” would use the opportunity to abuse me for just simply knocking his front door and informing him that I was there to collect the money for the market on behalf of my mother.

After years of putting up with the abuse, I decided to let my mother know that I would no longer be going to my father for the money because of what he says to me and using such obscene language to me.

My mother confronted my father about my claims. My father denied them, countering that I was a liar and hence he is done with me. His exact words to me were: “You are a liar. I have never abused you. As from today, you have nothing to get from me.”

Conscious of the fact that my mother had nothing to fill the gap, and knowing that I was about to enter Form 3 at the GBSS, my only course of action at the time was to cry. I cried for days.

Once I collected myself and the crying stopped, I started to do sober reflections. About two (2) weeks later, I asked my mother to have a sit-down. We did. It was a long and brutally honest conversation.

I told my mother:

(1) Can you imagine, I have done nothing wrong? My father abused me for all those years. I finally decided to tell you the truth. Now, I am paying a price for that! “Well, take it from me, mother, as of today’s date, July 22, 1978, nobody, whether it is the Governor General or a homeless person on the street, will ever abuse Brian Michael Francis again. And if anybody tries to abuse me, he/she will receive my wrath.”

(2) Despite the horrible situation, I will not allow my father to win. I must triumph! It was there and then I informed my mother that I MUST become an independent person to the extent that is feasible.

Despite finishing off my next three (3) years of Secondary School, and two (2) more years of A’ Level College, WITHOUT A SINGLE TEXT BOOK, I was determined to succeed in School to ensure I can fulfill the two (2) promises made above to my now late mother!

And believe you me, what I am saying is no idle talk. Let me give you two quick examples:

At the age of ten (10), still in Primary School, having been mandated to so do, I looked my teacher in his eyes and told him that under no circumstance will I be standing in the hot sun, waiting to wave at the Queen of England, as she drives by wearing white gloves and waving at me.

For me to do so, teacher, you would first have to convince me of what precisely the Queen does to improve the quality of my life and to better my living conditions. The teacher had no answer and hence I refused to stand on the street to celebrate the Queen’s visit to Grenada! No abuse of me by anyone!

In 1988, having, two years earlier, graduated from my A’ Level College as the most outstanding science student (Maths, Physics, Chemistry), I applied to the St. Augustine Campus of the UWI, as my first choice to do Civil Engineering.

Simultaneously, I applied to the Cave Hill Campus to pursue a degree in Economics and Maths. Civil Engineering would have put me on the path to independence (workwise and financially).

Unfortunately, I got a full scholarship to do Economics and Maths, but no funding for Civil Engineering. Given my background, the decision to be made was quite simple. As the saying goes, the rest is History! Independence with Civil Engineering!

Dr. Brian Francis is a former Senior Lecturer in Economics at the Department of Economics, Cave Hill Campus, UWI