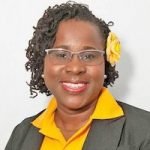 This government’s record of State interference with national assets and interests is not good. When they get involved, there is always an outcome where individuals, rather than the country benefit.

The proposal is to dissolve the two entities and replace them with a single entity, under the control of a board of directors ALL of whom will be appointed by the Minister of Agriculture. Total political control. Grenadians, are you not tired of this recurring script?

Considering our experience with similar government involvement in: oil and gas, MNIB, Postal Corporation, Garden Group Enterprises, Grenada Broilers Inc. (chicken farm) and more; do you trust government’s move to interfere with the last bastions of our agricultural industry? Grenadians, are you not tired of this recurring script?

About two years ago, there were reports that one of the Prime Minister’s family was making moves to sell our spices on the international market although he is not known to have any involvement in the industry. Will this new company be the vehicle through which those reports become reality?

Do you remember the fiasco and national embarrassment of Joel Webb and his company, W & W Spices Grenada Limited a few years ago, when Keith Mitchell brought this so-called investor here to sell our nutmegs and nutmeg products in competition with the GCNA? Yes people, we already walked that road with Mitchell in the late 1990s to early 2000s. Grenadians, are you not tired of this recurring script?

The GCNA and the GCA are Corporations established by specific Acts of Parliament. By their nature and construct, they are designed to put economic power and product control into the hands of the “small man”, the farmers. They are akin to co-operative societies which allow for a group of people who, individually lack economic power, to pool together and operate under one entity in the realm of big business.

Put simply, Co-operative Societies allow the small man to function and thrive in the world of big business as business owners, thereby giving them economic power. The nutmeg and cocoa farmers are the owners of the GCNA and GCA. This move by the NNP will most definitely take that economic power and product control from them. Is this an elitist move against the farmers who are looked down on? Yet, the NNP say they love the poor. Grenadians, are you not tired of this recurring script?

The GCNA and GCA were set up under the colonial era and expanded under Eric Gairy’s government. He empowered the small man and nutmeg and cocoa farming, lifted many out of poverty. He built numerous nutmeg and cocoa stations.

The PRG invested a lot of resources and energy into those industries (and agriculture in general). Under that government, little Grenada reigned supreme as number 1 in the world in nutmeg quality and number 2 in production and sales. Then, we exported nutmeg jams and jellies and other products as far as Asia and Europe.

The NDC under Nicholas Brathwaite and George Brizan invested more in those industries (farm roads, training etc.) and we maintained our number 1 status. George Brizan even wrote a book titled ‘Grenada’s Black Gold’, to sensitise and educate us on the value and potential of our nutmeg. The NDC under Tillman Thomas invested heavily, especially in the revival of the cocoa industry. Under him we saw increased revenues from cocoa and the establishment of the Diamond Cocoa Factory (with government support but not control).

The only administration that has not invested in nutmeg and cocoa in the interest of the small man, is the NNP under Keith Mitchell. We have plunged to number 8 in the world for production. Grenadians, are you not tired with this recurring script?

Given the struggles Grenada has had with falling revenues from nutmeg and cocoa in recent years, the best way government can help these industries is to create more tangible support for nutmeg and cocoa farmers. Just as government takes every opportunity to help the tourism industry, especially the big hotel owners, with all manner of concessions and marketing, so too, they must help the GCNA and the GCA without trying to steal the farmers’ business from under them.

We were once the world’s largest producer of nutmeg and we have the world’s highest quality of cocoa. Government’s role in helping to harness and maximise on these opportunities is to create the enabling environment for the industries to thrive. Government can help by revamping the Imani program so that some of our young people can be trained in all aspects of these industries, from cultivation and utilising the most modern technologies, to marketing, to maximising use of all by-products.

Government should also engage other friendly countries to help train our people involved in these industries to world class standards. Rather than trying to plunder and appropriate the nutmeg and cocoa industries from our farmers, these are the areas that Government should be working with them on.

Keith Mitchell is going to say otherwise, but the plain truth is that the proposal on the table takes the power and control away from the farmers. By simply doing the job they were elected to do, government can make a valuable contribution WITHOUT rendering the farmers powerless. Unfortunately, it seems that their intent is to destroy rather than to build while telling us the opposite. Grenadians, are you not tired of this recurring script? If you are, it is time to rise up! I am.