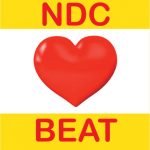 The Constitution of Grenada sets up the democratic government of Grenada as comprising 3 separate, independent but co-equal arms.

Parliament (Legislature) is one of those arms, the other two being the Judiciary (Courts) and the Executive (Cabinet).

Central to maintenance of the rule of law is the obligation on the members of each arm to carry out their functions freely, impartially and without fear or favour. It is perhaps more crucial that the Judiciary (Courts) and the Parliament ensure that they act at all times without political bias.

The reason for this critical need for impartiality is that the arms of government serve the interests of all of the people, not just a few and definitely, not just those in power.

Cabinet failed in its responsibility to uphold to rule of law and to impartially look after the interests of the people when recently, it broke the law in deciding to pay some of the Prime Minister’s security detail salary in lieu of vacation. The Prime Minister openly admitted to the press that he was aware of the law but decided to break it.

Parliament is the institution set up by the Constitution by which the people through their representatives call on the Executive to account for their decisions, especially decisions on how public funds are spent. Members of both houses of Parliament possess certain distinct rights and responsibilities in order to carry out their functions.

It is a breach of parliamentary rules, conventions and protocol for other members of Parliament, especially those in authority such as the Speaker of the House and the President of the Senate to use their positions to stifle debate. Such abuse of power is itself indicative of corruption in government.

During the sitting of the Senate on 15th August 2019, Senator Andre Lewis, the workers’ representative in the Senate broached the subject of the unlawful payment of salary in lieu of vacation to the Prime Minister’s ‘chosen ones’.

Commencing such a debate in the Parliament was not only Sen. Lewis’ duty on behalf of his constituents, but it was his sacrosanct right as a member of the upper house.

It was therefore a sad day for democracy in Grenada when the President of the Senate, a man with almost thirty years’ experience as the workers’ representative in the Senate, shut down the voice of the workers of Grenada when he stifled debate on this issue, disingenuously referring to it as an “exceedingly sensitive” matter.

It was a great pity that Sen. Lewis did not stand his ground and insist on making his presentation. In that moment, it appears that the good Senator forgot the Parliamentary privilege he enjoys which absolutely protects him, so that he is at liberty to speak for his constituents without fear of reprisals.

They have had to endure their salaries being docked when they took strike action to assert their pension rights guaranteed by the Constitution. The question remains did the government adopt these erroneous, illegal and anti-worker stances without the President’s input or advice?

To rub salt in all these wounds, Cabinet decided to break the law to pay salary in lieu of vacation to some of the Prime Minister’s security detail because he trusts no one else, not even his Commissioner of Police.

What does the President do when the workers, through their representative in Parliament raise objection to this? He sides with his master against the workers.

Since 2013, there have been many and repeated indicators that all of our democratic institutions are under attack. Of course, the detrimental effect of his action on our very democracy is of no concern to the President. He is not inclined to the democratic style of governance.

It is not like the President doesn’t know what it is like to be shut down in the Senate on a matter of national importance. He made many noises when he was prevented from debating the Restiener Briefcase affair. But even as far back as then, Mitchell promised he would unmask the masked men who were ‘against’ him. That is the only promise to the Grenadian people Mitchell has ever kept.

Despite these repeated attacks on our democratic institutions, the NDC stands firm and ready to fight in defence of these institutions and our way of life. As hard as those who are prepared to betray us try, they will not succeed in destroying the core principles and values of the people of Grenada.