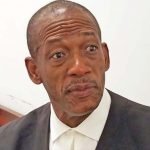 If there is one hallmark of the NNP administration under Dr. Keith Mitchell, one signal feature, one thing that is identifiable with Khief’s NNP, is scandal.

Just allow your mind to go back over the years, back to the very inception and birth of this NNP when “the old donkey”, Herbert Blaize, was betrayed by a coup engineered by Khief and his group on the inside of the ruling party.

Khief swore to the very face of Blaize that he would never challenge him for the leadership of the party and behind the scenes he was plotting to upstage Blaize at the party convention. Thus, the foundation of the NNP is deception and the core and principle of the party and its leader will never change.

Over the years as Grenada has lived through this reign of deception by Khief, a man who seems to revel in deception and perception, which he has said publicly is more powerful than reality, a pattern has emerged.

Whenever scandal, shame and drama surfaces, the play book is simple:

Let us take a look at a few examples:

4. Intimacy with a junior public servant

5. NOW WE HAVE THE NEWFIELD/KIMPTON KAWANA BAY PROJECT

But, let us take a closer look this time.

The opportunist atheist is taking the lead and saying that this not like the Marcelle Gairy resignation and that NNP won the next election 15-0. In other words, “no big thing”. REALLY?

So now let us take a dispassionate look at the accusations in the letter of resignation:

If you don’t believe the ambassador then all you need to do is ask CCC, Creative, Kenny’s and the other local construction companies who have been set aside repeatedly by this NNP regime and the “dices loaded” in order to give more and more work to a Trinidad company who are not even as competent or qualified.

Ask the people of La Borie and St. Patrick about the work done by the company. Then to cover their tracks this NNP government has purported, contrary to contractual arrangements, to fire the consultant company appointed to oversee the project, who dared to comment negatively about the quality of work delivered by that company.

Khief and company’s callous calculation as usual is that the resulting damages will not come from their own personal pockets.

As I have showed in many articles, Khief has been lying to Grenada for decades now about WRB and the cost per unit of electricity. The ICSID arbitration has shown very clearly that even in spite of high taxation on input materials, taxation for solid waste and additional 15% VAT, the rates in Grenada still are lower than some regional countries and ranks even with some which grants subsidies to the power company.

Yes, Ambassador Newfield, it is true! Khief beats his chest in front of Dickon Mitchell and his client and that’s why the High Court stopped the acquisition of Rex.

Yes, Ambassador Newfield, it is true! The doing business ranking takes into consideration the legal framework, the level playing field for all businesses, how dispassionate the business facilitation is, and the level of political involvement in the conduct of business. This is not the opinion of Ambassador Newfield, this writer, TGM, NDC, or any political dissident or person who “does not like Khief”, as the Prime Minister loves to spin it. This is the view of World Bank!

The World Bank is intimating and suggesting by this abysmal ranking that the application of Grenada’s policy on business is arbitrary and there is no level and rational playing field for those who wish to do business in Grenada, just as Ambassador Newfield has concluded.

I can attest to that even in my little law business where current and prospective clients are being told to take their business elsewhere, and where government work, and work in which government is involved, is reserved for the Danny Williams and Co. and the Josephs.

By the way, where is the money that was invested into the Shrimp Farm project and where is the investigation that was promised? The minister is lying again because this NNP government is not and never was at all keen to ensure that all money invested is used in the project as designed.

Where is all the money that was invested in the SAVVY’S projects? People have had to go to court to get back their money while this NNP administration has facilitated this daylight robbery by refusing to implement certain measures that had been recommended several years now.

This is a national issue, so why is Minister Joseph peddling this nonsense about some hush hush investigation using their party member and loyalist Agostini, or some other sycophant, as usual?

Any investigation must be done by a team appointed by Parliament and must have a composition of members selected evenly between the Leader of the Opposition and the government!

So, bring on the investigation, Khief and Joe!

And while you are at it make sure that I am called to give evidence to that investigating commission. The people of Grenada must know the following:

I must publicly give credit to Minister Gregory Bowen, in his capacity as Acting Prime Minister, for how firmly he stood up for the rule of law and Cabinet policy in this matter and I say no more on this until the investigation promised by the Minister Joseph is convened. Sorry, Mr. Atheist in chief, there is much more to the Ambassador Newfield story than meets the naked eye!

Thank you, Ambassador Newfield for coming out, even though it took some damage to your personal interests for you to do so.

(Cajeton Hood is an attorney-at-law who served as Attorney General to the 2013-18 New National Party government of Prime Minister Dr. Keith Mitchell)