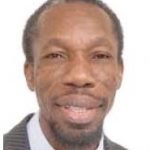 As we keep on importing new words into our Grenadian vocabulary, some historical and traditional words are fading away. Therefore, it creates a new copycat culture for this present generation of Grenadians to gravitate toward a North American version of the English language.

Growing up as a small boy, I remember the word “nana” was frequently used by residents within the rural villages to express certain behaviours during some activities. However, the word “nana” had two different meanings

Nowadays kite flyers are not saying another somebody “nana” their kite because young people today do not know that word. So, with time over the years, the word “nana” is no longer popular within our local Grenadian English usage as a means of communication to describe an activity.

Now, we are using imported North American words such as “kids” to describe children from adults. Parents, teachers and other adults are calling children “kids,” and it has become part of the norms because we accept the word into our Grenadian language of communication.

We accept the word “kids” because it is more commonly used in North America and now it is sort of accepted in the English dictionary. So, we do not have a problem calling Grenadian children “kids” because it sounded cool. It is not a Caribbean patois word or an isolated Grenadian word coined into our local vocabulary.

On the other hand, some educated Grenadians are living in North America who hate to hear Grenadians back home using the word “persons” instead of saying people. However, these are the same Grenadians in North America who prefer to spell certain words like Americans, rather than spelling in the original British correct method that they were taught at school in Grenada.

For example, Grenadians living in the United States spell the word “labour” as “labor” and “neighbour” as “neighbor” but are quick to make negative criticism about Grenadians back home using the word “persons” more regular that “people.”

So, you see me! I do not want to get involved in this English language argument. I believe that language is communication. The main thing is to understand each other through the language communication because the first time I heard Americans saying, “I Rock” for “Iraq” and “I Ran” for “Iran,” on their television broadcasts, I was baffled. However, I come to realise that is the way Americans speak to communicate with each other.

Therefore, if the Americans can create their version of speaking English and spelling some English words different from the original British English language, then why some of us Grenadians living in North America keep on criticising Grenadians back home for saying “persons” instead of people? I believe we have our version of English also and it is good.

(Hudson George has a BA in Social Science from York University, Toronto, Canada. He has been writing since his early teenage years and now contributes letters and articles to a number of Caribbean newspapers)