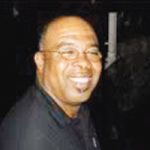 Thirty-seven years later after his untimely death,I still remembered the last time, place and the conversation we had and the country we were in – Cuba… it was Saturday, September 17th, 1983…

Most Grenadians by now should know something about our 2nd and former Prime Minister Maurice Rupert Bishop who served our country with distinction from 1979-1983 as head of People’s Revolutionary Government (PRG) and the undisputed leader of the New Jewel Movement ( NJM).

The other persons were Bernard Coard and Unison Whiteman who was executed alongside Comrade Maurice who were elected with him on the 11th of March 1973 as joint Co-ordinating Secretaries on the formation of the New Jewel Movement through a merger of JEWEL and MAP in the parish of St. David.

Many persons are not aware of the fact that Bernard Coard only got directly involved in the affairs of NJM after its formation.

Some people who read the newspapers especially THE NEW TODAY may have read an article called The Evelyn “Brat” Bullen Story which was published in the week ending Friday 21st July in 2017.

On the occasion of the 37th anniversary of the October 19, 1983 political and military crisis in our country, I will attempt to recount to the best of my memory something about Keith “PumpHead” Hayling, the 3rd person from our community of St Paul’s who was from Mardi Gras and was also executed in the bloody RMC Coup alongside former Prime Minister Bishop, “Brat” Bullen and his cabinet colleagues.

“PumpHead was lined up against the wall on the Top Square of the fort and gunned down more than one hour after the initial burst of Rocket Propel Grenade 7 (RPG7) along with automatic gunfire ripped through the Headquarters of the P.R.A) when the process to retake Fort Rupert by members of a motorised unit of the People’s Revolutionary Army (P.R.A) which was stationed at Fort Frederick which was occupied by Coard and his boys.

Keith Hayling was also known as Search – a name which was given to him during the early days of the Grenada Revolution by members of the People’s Militia in St. Paul’s.

Following the completion of his secondary education at the Grenada Boys Secondary School (GBSS), he joined J. C. Date Insurance Company and later became one of the company’s insurance executives after several years of service.

PumpHead was an energetic and somewhat audacious person to put it lightly.

He played football for two teams – one was Dodge Boys, considered as a top team in the South East Football League which was started in 1974. Dodge Boys won the competition in 1976 and he was the standing goalkeeper for the team.

PumpHead was also one of the many goalkeepers for St. Paul’s Sports Club in the 1970s. There was one game in which I questioned his poor judgment in the goal. Sometimes he will pull off some brilliant saves that many thought had resulted in a goal and the simplest of strikes to goal will go pass him and into the net.

The game in question was St Paul’s vs. the Royal Grenada Police Force which was played in the second division in 1977.

St Paul’s Sports Club was leading deep into the second half by 3 goals to nil compliments a hattrick by one of the most clinical goal scorers we had in St Paul’s in the person of George “Sue-PO” Noel, whose strikes went past national goalkeeper “Paggie” three times – one with his famous left foot, the other came off his head and last with his right foot.

Feeling ecstatic that we were in front, I left that there was no way we were going to be beaten in that game by the police. Lo and behold four goals went past PumpHead in quick succession resulting in a loss for my home team.

At the end of the day, it was all clean fun, but losing was nothing funny for me. During that time in history, former Commissioner of police, Fitzroy Bedeau, who was my friend and domino partner (May His Soul Rest in Peace) and Paggie were stationed in St Paul’s due to the crisis of 1974 and were part of the community.

In 1978, when I made my first appearance for St. Paul’s Sports Club second division cricket team at the age of 17, PumpHead was the wicketkeeper.

Opening the bowling for us was Roderick James who was affectionately called by his peers “Rock” who was bowling real fast to the point no one did not want an edge come off the bat towards the slips where I was fielding at various times during the game.

The game was played on one of the matting wickets which were known as ‘The Power Station Ground’ because of its proximity to GRENLEC generators. Rock bowled one of his fast balls which went through the gloves of the wicketkeeper and landed straight in the box of PumpHead – nobody knew that he was not wearing his protective guard. I do not need to explain what happened after the incident but I can say we were very concerned and very much in sympathy with him.

PumpHead also was a member of St. Paul’s Braves Basketball Club (Reserved Guard) which went on to win the Melville Street Second Division Basketball Competition in 1978. The basketball team was trained by former national basketball and football player (Goalkeeper) Tyronne “Bob Hope” Belfon of Honved Sports Club. Thank you, Hope, for your many contributions from Palmer School to the national football and basketball teams). May Your Soul Rest in Peace.

PumpHead was also an activist for justice, political and social change in our island in the 1970s. He was an activist of the NJM and a member of the NJM military wing, the National Liberation Army (NLA) and had developed a close friendship with Strachan Phillip who was a senior member of the NJM according to his former peers. On the morning of March 13th, 1979, he was one of the 46 who decided to make history in our country and the region based on intelligence reports that it was time to move that morning to make a brighter day for our people and the people of the region and the world.

After the triumph of the Grenada Revolution of March 13th, 1979, Keith continued to work with J.C. Date Insurance Company until he joined the National and Marketing Importing Board as a Marketing Manager in the twilight of the People’s Revolutionary Government (PRG).

He was also very active in the People’s Militia mainly in administrative work. He was also a volunteer to the Carnival Development Committee (CDC), which was chaired by “Brat” Bullen, a Jab Jab extraordinaire on J’ouvert Morning.

After we finished working for the CDC for carnival 1983, I was summoned to leave for Cuba for the second time within a year. This time it was to do a very intense course in political science and history at Cuba’s second-highest political institution, the National School of the Union of Young Communist (UJC) Julio Antonio Mella in Havana City.

I finished very satisfactorily as the previous year when I graduated from one of Cuba’s specialised military universities. I was also a youth activist for the National Youth Organisation (NYO). The course was carded for one academic year, September 1983 to July 1984. I returned to Grenada on the 4th of June 1986.

It was during my second journey to Cuba I saw PumpHead for the last time at the official welcoming party which was organised by the staff of the Grenadian Embassy in Cuba for all the new students and those returning to Cuba to continue our studies.

The event was held at the residence of one of the functionaries of the Grenadian Embassy which was located in Playa Havana City and that individual is presently a medical doctor in Grenada.

After watching the drinks in a corner and the ice melting away I decided to set up the bar to get things rolling. While doing that I felt someone was looking at me, I lifted my head in the direction of the darkest part of the living room and there I saw only his frame but the giveaway was his felt hat.

The exchange was amicable until he asked a question which for me had no major significance then which was – if a certain Major in the People’s Revolutionary Army was on the compound, I said yes, he went on to ask where he was, I said to him where the embassy vehicle was parked.

Something important was brought to my attention on October 25th on my way home after the two annual commemorative activities which were the commemoration of the Cuban Internationalist Workers who died during the invasion of our country by US and Caribbean Armed Forces and our members of the People’s Revolutionary Army who died fighting during the invasion on the 25th of October 1983.

That same Major travelled to the USA after normality was restored in our country, Grenada and was denied entry at first. Then he (the Major) asked for a phone call, after the call he was then given the greenlight to enter the country. Well, well – more conspiracy theory about foreign infiltration in the affairs of the crisis within the NJM and the PRG.

The last thing PumpHead said to me was to come to the hotel Havana Libre on Wednesday, the 21st of September after class was finished for the day because he had something to say to me. I said okay but I did not show up. After all, classes had begun and I did not ask for a pass to leave to visit him. He left Cuba on the Thursday for Europe.

For the last thirty-seven years, I wondered what it was he wanted to say to me if it could have changed the outcome of the events of October 1983. That is something I will never know. Sometimes I feel bad for not going and sometimes I say to myself I did not have to know.

These days I am feeling a lot better when reflecting on the situation. Maybe he did not want to inform me on that night of the party for the reason that it is my opinion that he did not want to steal my joy and happiness for the night. After all, I was having a good time. I had no idea when he left the party. When I missed him I said to myself, typically of him disappearing quietly.

That is some cross I carried for all these years. What if he had said to me something about the conspiracy theory of the internal divisions within the NJM? I have no idea today what my reaction would have been then.

O Lord, our God helps us to carry our crosses as Jesus Christ on his way to his crucifixion.

Keith ‘PumpHead’ Hayling was one of two people who were not inside the Operations Room at the headquarters of the PRA at Fort Rupert when the armoured cars attacked the fort.

The other was “Brat” Bullen, but both of them were executed along with Prime Minister Maurice Bishop, Unison Whiteman, Minister of Foreign Affairs, Jacqueline Creft, Minister of Education, Norris Bain, and the Minister of Housing, Evelyn Maitland, Nelson Steele and others.

Based on very recent information there was also a notable personality who was also in the Operations Room who had a son in the PRA, he carried the rank as Captain.

In closing, I would like to make another vociferous appeal to the authorities to seek, find and return to the families the remains of former Prime Minister Bishop and his colleagues who were executed on October 19, 1983 on Fort Rupert for a proper Christian burial.

Burying the dead is as old as humankind and we are still humans in that regard and it is human beings I am speaking about and also Grenadians who have made more than a meaningful contribution towards the development of our people and country.