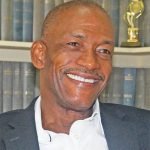 I recall the vigorous local debate when the well-meaning Minister of Tourism, Mrs. Otway-Noel at the time, for very good reason proposed the marketing name of Pure Grenada after the input of much research by marketing consultants.

Truly, the resulting petty issues and the political maneuverings were quite hilarious to me at the time.

The Prime Minister finally settled for Pure Grenada, Isle of Spice. Right now, it seems that the physical spice and even the literal spice has gone out of Grenada. Our main spice, nutmeg, no longer holds its own on the international market, the GCNA is now almost bankrupt and even St. Vincent rivals us in the production of nutmegs.

In fact, Jamaica has even been marketing itself as Isle of Spice and, to our dismay at the time, Grenada had not even attempted to register the name Isle of Spice internationally. All I can say now is, we are not even Pure Grenada, just Poor Grenada!

Our own local calypsonian, the Black Wizard, penned it admirably in his song, “Oh Grenada”, one of my favorite local calypsos, where he spoke of the many tribulations and sufferings of the land of our birth and made the clarion call to, “rise and shine again”.

At present, Grenada is not standing tall or strong; Grenada has been humbled and disgraced by its recent leadership; Grenada continues to suffer, as our national economic situation deteriorates.

Grenada is factually poor and deserving of pity, but we cannot afford to drown in self-pity, we must find a way to rise and shine again.

Whichever way you wish to look at the facts, we are not Pure Grenada, we are Poor Grenada. Our Prime Minister has a doctorate in statistics, the mathematics of numbers. His true expertise and professional training lies in presenting numbers.

Of all the skills that he possesses, he has mastered the skill of presenting numbers in such a manner as to make a dire situation appear to be a hopeful one.

All of this repeated talk of economic growth, year after year are all just numbers and averages which do not tell the true story about the mode of life in Grenada.

Yes, economic growth, jobless and meaningless growth, in a system where an expensive IMANI program has been devised, a virtual welfare program for young people comprising a set of handouts with little or no production, to hide massive unemployment among the youth of Grenada.

After more than 30 years in politics in Grenada I credit our Prime Minister with the experience and knowledge of what the majority of the people of Grenada like to hear; and he makes sure that he tells them just that. He says that the price of electricity is high in Grenada, but he omits the true reason why that is so and the part he is playing in that price.

Flashy, empty statements and promises, all made just to mask the grim reality and secure more time for Dr. Mitchell and his NNP to wreak more havoc on our nation. The objective reality is simply, that when compared to other Hemispheric, Regional, Caricom and even OECS countries, and when measured by the very same common measuring stick, we are Poor Grenada. In fact, for the period that the NNP has been in office, Grenada has regressed significantly when compared to our OECS neighbors. It now seems to be the inverse of the Grenada Revolution: “FORWARD NEVER, BACKWARD EVER”.

The following table is an extract from the Central Intelligence Agency’s World Factbook which they have published and claim is accurate as of January 1, 2019 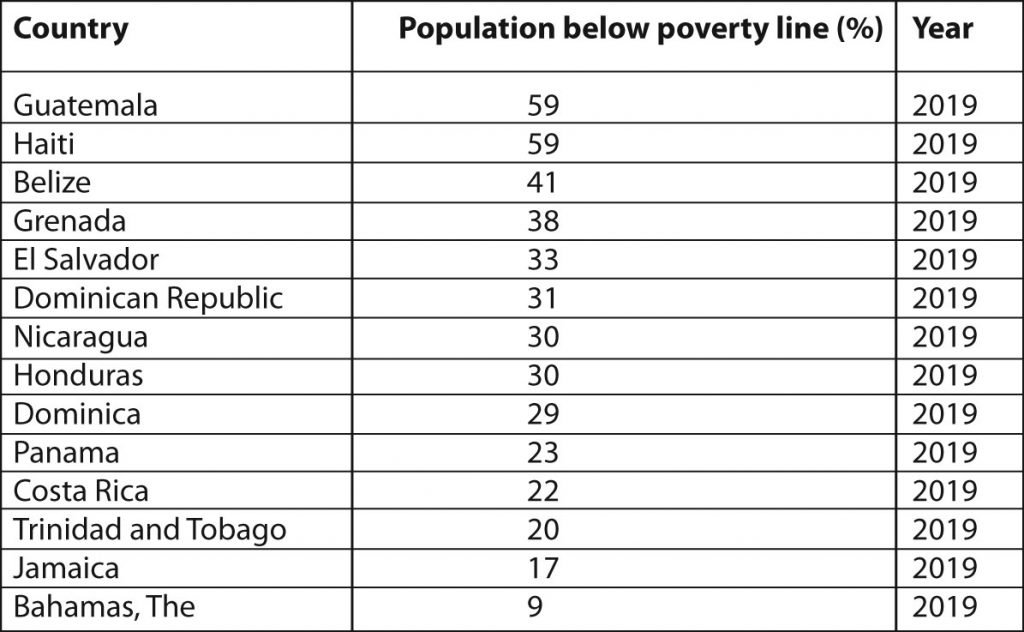 I can add from the same source the percentages of Anguilla, Jamaica and Guyana as 23%, 17% and 35% respectively. St. Vincent and St. Lucia are both in the twenties. Do you wonder why we no longer see the high migration of Guyanese nationals to Grenada to live and work?

These are not statistics that Dr. Statistics can manipulate and twist to his own political advantage. The harsh reality is that one in every 3 Grenadian citizens is living below the poverty line. Grenadians, the Prime Minister always tells us to look at the statistics, and relies on his own statistics on a regular basis, so let us read the statistics now.

The only country in the entire Caribbean region that is worse off than Grenada is Haiti! Dr. Mitchell has been in Parliament continuously for more than 35 years and has been Prime Minister for more than 20 of those years and his true legacy is that he has brought Grenada to poverty while at the same time he has officially declared personal assets of over $19 million a few years ago. He will have to confirm the currency attached to that figures. He has accumulated this wealth on a monthly salary of less than EC $10 thousand, while giving many handouts to his faithful followers.

Even more startling is the fact that the poverty figures quoted above, being issued as at January 1st 2019, do not take into consideration the effects and impact of the ongoing COVID crisis. Maybe before the end of the year 2020, more than 50%, half of our people, will be operating under the poverty line. Wake up Grenada!

This is the man who keeps on saying that he can’t see anyone fit to lead Grenada but himself. But, he has gotten filthy rich while the poor are getting poorer and a greater percentage of Grenadians is descending into poverty. Even our dedicated public servants will be forced to beg when they retire after close to 30 years of service; forced to live on $1500 per month or less from NIS because their salaries do not allow them to amass any meaningful savings.

The Grenada Revolution focused heavily on agriculture and agribusiness because our leaders realised then that agriculture is needed for local food support and for export. Dr. Mitchell has refused to invest in any meaningful way in agriculture and has shown his disregard for farmers and fishermen by simply declaring during COVID that the two categories were not at all essential. So how do we rebound now from poverty, my Poor Grenada?

Poor Grenada, an object of pity
I truly pity my homeland because, as a trusting young virgin, she has been promised much by this charlatan, her ears have been filled with talk of love and her beauty, only to give in then realise that all he wanted was to serve his selfish ends. Words on the campaign trail of, “Everything I do, I do it for you”!

Grenada has trusted Dr. Mitchell time and time again and where is Grenada now? Now worse off and less in stature than all of the OECS countries, when we used to be leading them all in every way imaginable.

Poor Grenada!
Our stable and equitable income tax system was destroyed by Dr. Mitchell as soon as he won elections in 1995, and replaced by an insensitive and grossly unfair sales tax and business tax system which extracts heavily from the poor and vulnerable. Yes, more money seen in hand on pay day but it buys less because taxes on goods and services have driven up the cost of everything. Did he do that for you, Grenada?

Poor Grenada! Grenada seems to be the Caribbean seat of international scandal.

Poor Grenada!
We may have to use horses and motor bikes to navigate the western main road in the future due to the mismanagement and lack of objective control in our development control agency. No one has been held accountable and there has not even been an investigation into the cause of the collapse of the road.

All cries for investigation have been ignored by the Lord and Master Keith Mitchell. Another expense to the tune of what may mean upwards of EC$200 million again. Our Prime Minister has refused to be held accountable to the people who have elected him into office and depends on more smart talking (or silence) to continue his reign. Did he do that for you, Grenada?

Poor Grenada! We have spent about EC$36 million on legal fees just to pursue the political lies told to us about WRB/GPP and Grenlec. We have wasted EC$36 million just to pursue a political vendetta against the NDC for selling shares in Grenlec. We have been lied to about the price of electricity. Worse yet, our Prime Minister has insulted us all as Grenadians before the entire world stage when, through his representatives, he told the ICSID arbitrators that for the 20 years of his stint as Prime Minister he could not find a single Grenadian that was qualified to sit on the Regulatory Commission established by Grenadian law to regulate the affairs of Grenlec and other bodies in Grenada.

Now he intends to put us in even more debt and even servitude to the Chinese or some other lender whom he hopes will finance the value of shares to the tune of almost EC$200 million. Did he do that for you, Grenada?

Poor Grenada! COVID has shown Dr. Mitchell and his government to be clueless and thoughtless, uncaring and unfair, insensitive and implacable.

Mindless laws and regulations!
Unfair tactics to dominate even the poor, struggling bus drivers! Scandals and deals even with the provision of COVID tests

And yet Dr. Mitchell feels assured of victory in the next elections because he trusts in his methods, that poor starving people will forget their troubles when given gifts just before elections. They will forget the fact that their own money is being used at the time to make them smile for a while and sell their very own heritage to a scheming group for the next 5 years; from which Grenada may never truly recover. What an insult to our intelligence, Grenada

Poor Grenada! May God help us and open our eyes before it’s too late.

Cajeton Hood is an attorney-at-law and served as Attorney-General in the 2013-18 period in government of the New National Party (NNP) government of Prime Minister Dr. Keith Mitchell.