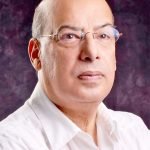 The present Conservative party in Britain has now established a remarkable list of records; none of them good.

Liz Truss, who has now resigned as leader of the Party and Prime Minister, has the record for serving the shortest period as Prime Minister in the history of Britain. Kwasi Kwarteng, who she appointed as Finance Minister, has the notorious distinction of serving the shortest period in that position, except for one previous occupant who died of a heart attack. Suella Braverman, Liz Truss’ Home Secretary, also holds the record for the briefest period in that office.

But the greatest record of all is that Liz Truss’ short-lived government has succeeded in wrecking the British economy in almost blinding rapidity. In six short weeks from her assumption of office, the British economy plunged into freefall with disastrous effects. The value of the British currency plummeted; pension funds lost billions of dollars, depriving thousands of persons of their pensions; and mortgage costs for millions of people skyrocketed overnight.

She should have resigned then. But claiming that she was “a fighter not a quitter”, she fired Kwarteng instead. He was to be the sacrificial lamb on the altar of her own ambition, when even casual observers of politics knew that Kwarteng’s disastrous budget, which cut taxes for the rich among its other disasters, could not have been presented without her participation and approval.

Forced to appoint a new Finance Minister, Jeremy Hunt, who was opposed to her leadership, she bold-facedly swallowed any dignity she may have had by approving his new budget, which reversed all the measures of the previous Kwarteng budget including all the policies for which she claimed to represent.

Such was the depth of her lust for power. But it is not she alone. No leader clings to power against obvious odds without the encouragement and urging of a coterie of persons whose political and economic fortunes are tied to that leader. That coterie is now either scrambling to find some other person, who would serve their interests, or they are busy trying to influence persons in the opposition Labour Party.

The Conservative Party has only itself to blame for its present highly detested position in the British body politic. Liz Truss was elected by party officials over Rishi Sunak, a former Finance Minister. Sunak is of Indian origin and while the Conservative party has done more, in recent years, to recognise the quality of immigrants and their contribution to British economic development than the Labour Party, the same underlying prejudice that gave BREXIT its success, resulted in Truss’ triumph over Sunak. They will not admit it, but many in the Conservative party establishment could not stomach an immigrant as their leader and Prime Minister.

It should be noted that, in the debates between the candidates leading up to the election of Truss by officials of the Conservative Party, Sunak had time and again questioned the economic and financial policies that were espoused by Truss. Sunak argued against tax cuts advocated by Truss, focussing instead on fighting soaring inflation and using targeted measures to offer support to those most in need.

Related:  Not a moment to waste: Small island states must defend themselves

As former Finance Minister, he knew that Britain was already in a precarious financial position and that making tax cuts, which benefitted corporations and the rich, would leave a gaping hole in revenues.

Now with no trust in Truss, and a vacancy existing again for the office of leader of the Party, Conservatives have to elect a new leader by October 31. The talent pool has narrowed considerably.  Therefore, three names have quickly emerged – Rishi Sunak, Penny Mordaunt who was a contender in the last contest; and, lo and behold, Boris Johnson who had predicted his own return with the words “Hasta la vista, Baby”, not goodbye, when he was forced to resign. Per force, in the bargaining that will ensue in the battle, no person with solid party backing will emerge.

The question is: for how long will the Conservative party last as the Government? The party is now a gravely wounded organisation, divided inside and disliked outside. Not only does it not have the capacity to heal its self-inflicted wounds, but it is also clear that, apart from its die-hard supporters, the British public wants the Party gone from office in the interest of attaining a higher level of political stability, and the chance to rebuild their tattered economy.

The best option for Britain is to take the matter of the leadership of the country out of the self-interested hands of Conservative party officials and locate it where it now cries out to be placed; and that is in the votes of the British electorate.

Unfortunately, no person, elected as leader of the party in the next few days, would be willing to take the decision to call a general election to seek a fresh mandate from the people.

The next general election must be called by January 2025.  This means that if the next Conservative party leader decides to hold out until then, Britain faces the real possibility of political turmoil for the next 2 years and 3 months, and with it can come further economic collapse.

The one guarantee in all this is that the Labour Party and its leader, Sir Keir Starmer, will be relentless in their efforts to remove the Conservative party from government. Without an early general election, the British people and their economy are set for a torrid time.

Sir Ronald Sanders is Antigua and Barbuda’s Ambassador to the United States of America and the Organisation of American States. He is also a Senior Fellow at the Institute of Commonwealth Studies, University of London and Massey College in the University of Toronto.