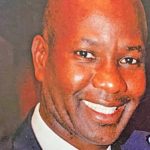 T.A. Marryshow, in speaking to the now defunct Federal Parliament in 1958 said, “Political opponents must not become personal enemies, and if they do, must quit for the good of the cause.”

Over the years, the politics practiced in Grenada have been mired in attrition and vitriol that has eaten away at the Fabric of the Grenadian society, and if the new leadership in Grenada desires to leave an indelible legacy – they must shift the political paradigm or risk a vicious cycle of political paralysis.

There are several ways this can be done. First, the NDC administration and those that follow must WEAR POLITICAL OFFICE AS A LOOSE GARMENT. Several years ago, an old Clergyman gave me this advice, when I ascended to a position that many coveted. He said: “Griffith, wear this position as a loose garment – be prepared to release it any day and do not hold on to it longer than you should.” This has to be the attitude of every political figure in Grenada, Carriacou, and Petite Martinique.

The holding of political office or any office was never intended to last forever. Leaders who hold on to office longer than they should, have cursed the next generation and in essence, deem them unfit and unqualified. One corrective action would be the imposition of term limits on all members of parliament in Grenada, Carriacou and Petite Martinique.

Second, this NDC government must resist the urge to be like previous administrations, treating political opponents with contempt and disdain. There is this misguided assumption that political points are scored when those in opposition are given the bare minimum.

Former Prime Minister, Keith Mitchell, bemoaned that he was treated with disrespect when he lost the election to former Prime Minister, Tillman Thomas. Sadly, he forgot and returned to the old archetypical behaviour. Although he vowed to be a Statesman if he was returned to power, he was soon smitten with deliberate amnesia and ignored what Malcolm X said: “Every defeat, every heartbreak, every loss, contains its own seed, its own lesson on how to improve your performance the next time.”

Let us be prayerful that NDC will improve its performance, having learned from the bitter lessons of previous defeats.

In this context, Prime Minister, Dickon Mitchell, has a great opportunity to carve his legacy in stone, by setting in motion protocols that show magnanimity to former Prime Ministers. If Prime Minister Mitchell is brave enough to reject those who wish to continue in the beggarly ways of old school, gutter, tit for tat politics then history will be kind to him as a trail blazer.

If PM Dickon Mitchell is daring, noble, and generous enough to afford former Prime Ministers; Tillman Thomas and Keith Mitchell, a Government vehicle, a driver, and an officer as security for the rest of their lives, he will be hailed by generations to come as a game changer.

This incontrovertibly will elevate the office and set a tone of respect and dignity. I have no doubt that PM Mitchell aspires to make our country second to none, but he cannot do this by taking the path of least resistance, which gives rise to crooked rivers and crooked men.

Finally, NDC must never feel so threatened that they wage war against the press. Good press keeps a Government honest and what Grenada needs desperately is a Prime Minister and Government Ministers who tell the truth.

Good press feels the pulse of the society and any Government that ignores this will face a social revolution that will sweep them out of office.

Terrence Griffith is a founding member and former Senator of the NDC. He pastors the FAB Church (213 years) – the oldest African American Baptist Church in Pennsylvania. He is the Executive Director of the Foreign Mission Board of the 8.5 million Member National Baptist Convention USA, Inc