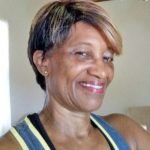 The time has come for me to get a few issues off my chest. As a Grenadian, I cannot just sit by and remain silent.

Over the past week or so, there have been many happenings in our country and while some of us have been speaking out, none has really touched on what bothers me the most.

Last week, Barry Collymore of the Grenada Tourism Authority announced the hiring of Ms. Roach, a Barbadian national, into a senior position at the GTA. I would have preferred to see a Grenadian national being hired into the position instead – only because the product being sold is Grenada & Grenadian. However, I welcome Ms. Roach to Grenada and wish her well in her new position.

A matter of concern is that schools are reopening this week and there are allegations of teacher/student inappropriate behaviours with one teacher being arrested and charged yet no word from the Minister of Education. Do come out and say something, Madam Minister! Some reassurances ought to be given by those in authority to the parents and students who may be losing trust in the education system as it pertains to security of the children from the sexual predators.

He gave his opinion while at the same time informing that the decision was not his to make. However many people believe that the vaccine should never be forced on anyone and criticised the Health Minister for his answer.

What makes me real angry is that the Prime Minister did not see it fit to address the nation on the important issue of mandatory vaccination for some workers, especially those in the tourism industry. Instead, we were informed by Mr. Leo Garbutt that in order for us to work in the tourism industry in Grenada – the country of our birth – we must be vaccinated or be terminated.

Personally, I think that Mr. Garbutt was out of place. He is the president of the GHA not the Prime Minister of Grenada. From where did he get the authority to inform the nation of such a delicate issue?

They should come and address the nation on this issue. Their silence raises suspicion. It tells me that the Doc might be losing grip and is no longer in control.

Doc, how could you all be forcing Grenadians to take a controversial vaccine without paying attention to the warnings being put out by the experts? Why do you dislike the Grenadian people so much?

You have outlived your usefulness and have become ‘the monkey on our backs’- You are now a liability and Grenada needs good leadership of which you are no longer capable.

When it comes to leadership, you cannot be compared to the Prime Ministers of our closest neighbours. You have run our country aground and failed so miserably that Grenada can now be described as a ‘failed state.’ Please resign your position as political leader of your party, elect someone to replace you, then resign as Prime Minister and simply take your Georgie bundle and go. You have overstayed your welcome!

Valerie Thompson-Duncan is a social activist