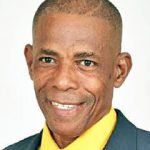 Grenada will surely join with the rest of the world in observing World Press Freedom Day on Monday, May 3. The Government of Prime Minister Dr. Keith Mitchell undoubtedly will endeavour to take center stage, boasting of the many private radio and television stations that have given license under its stewardship and are operating in the nation.

At face value, most definitely Grenada’s population of 112, 000 has many choices. However, judge for yourselves – take time and analyse the percentage of coverage given to the government, its ministers and the Prime Minister, as compared to opposing views.

Clearly, the government in office deserves full media coverage and so too are opposition parties, and stakeholders.

However, news and current affairs programs and the media landscape are all cleverly controlled from behind the scene by the government machinery.

It has systematically weakened much of the independent and local news media throughout Grenada, using state and other resources to have their way.

The most glaring example is the April 29 Press Conference hosted by the Prime Minister himself. Two of the three media workers interviewing Dr. Mitchell came from his own Government Information Services – Sherry Ann Noel and Real FM’s owner/manager Andre Donald, whose station the government awarded a contract to carry sittings of the Parliament when I served there a few years ago.

This is a period of serious crisis in Grenada. Teachers and Public Officers are protesting and demanding that the government pay their four percent salary increase negotiated and signed, but the government refuses, saying it cannot afford to pay because of the COVID Pandemic.

The third reporter, Tonia St. Louis from WPG 10 tried to ask one or two tough questions but was overpowered by her colleagues who never followed up on a single controversial issue, such as the number of passports the government has sold via the Citizenship by Investment and the amount of money currently in the Transformation Fund.

Other pertinent questions – the government instructing NIS to pay $10 million in unemployment benefits but no commitment to re-paying the NIS. Then the failure of his Labour Minister Peter David to amicably end the Royal Bank Industrial dispute was almost overlooked.

Fact-based journalism has died in Grenada under this government. I was shocked two years ago when a government Senator replaced freelance journalist Lew Smith as host of the Beyond the Headlines Program. The party hack spent months hosting what was supposed to be an independent current affairs program! Is this the behaviour of a government that ensures “information as a public good”?

The opposition and other stakeholders do get limited opportunities, but the reality is that NNP is setting the news agenda.

The Grenada media ought to be about producing and sharing factual information – whether exposing corruption, conflict of interest and more. I challenge all of us in the media to use our professional communications skills for the public good.

In summary, betraying the free press for a few more political dollars is a curse on our democracy.