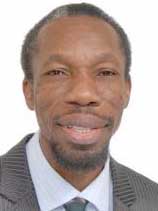 In the case of Grenada, the member of parliament who crossed the floor Tobias Clement is in the process of selecting three senators to serve in the upper house of parliament. However, this political action is raising questions among sections of the public with political interest placing some attention on the Opposition Leader.

Now, with all the political drama taking place, I would like to see a vibrant opposition in the lower house of parliament, create a healthy democracy.

Basically, without an official opposition it makes Grenada look like a one-party state government, where the elected members of parliament have all the power in their domain without a voice to challenge bills/motions in parliament.

On the other hand, most Grenadians who are opposed to the government are supporters of NDC, and although the party has strong support approximately 40 percent, based on general election votes cast, is unable to win a seat in two consecutive elections.

The question is frequently asked why the NDC is not able to capture seats in two consecutive general elections? Supporters argue that the ruling NNP regime is very good at persuading voters, ‘with money and other material things, as a result, vulnerable citizens are selling their votes to the regime.’

If the accusations of persuading voters are true, opposition parties must find some other way and means to compete in the next election due in less than three years.

Besides a news report on May 14, 2020, it appears that Clement does not have any interest in joining the NDC party. The article is of the view that there is no confidence the NDC will be able to defeat the ruling NNP regime. Therefore it shows that he is ready to challenge both the NDC and the ruling NNP at the next general election.

There is also a news report that Governor-General Dame Cecile is expected to appoint new senators on Clement’s request. So presently, it is blatantly clear that Clement is up for a political battle with the ruling NNP administration and NDC party for political dominance.

However, many Grenadians suggest that it is time for a new brand of politics because they are fed up with the present political climate in the country.

Others criticise Clement’s bold move, thinking he might create some kind of political upset within their political organisation if he can attract disgruntled voters.

However, it will be very interesting to see if he can influence the 26 percent registered voters who refuse to cast their vote in the 2018 general election and attract swing voters. Time will tell. But essentially, with Clement, Grenada has an official opposition.

Hudson George has a BA in Social Science from York University, Toronto, Canada. He has been writing since his early teenage years and now contributes letters and articles to a number of Caribbean newspapers