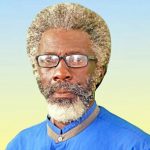 Definitely, the era and the circumstances existing when the February 1974 Constitution was introduced for national governance in Grenada as a sovereign democracy, were quite different from those of today’s contemporary society and thus this would fuel arguments for updating the Constitution.

There have also been debates about the outstanding need for the patriation of the Constitution, since it has been ascertained that this Supreme Legal Governing Instrument was not enacted in the Parliament of Grenada.

Review the March 2022 internet-circulated article, “Referendum On Constitution During Grenada’s General Elections”, which traces the marked political intrigues concerning the treatments and proposals towards the Constitution from its inception, and which also had challenged Dickon Mitchell’s National Democratic Congress (NDC) and Keith Mitchell’s New National Party (NNP) to gauge the aspiration and enthusiasm of the people on ‘re-founding and reforming’ the Constitution and for those parties to commit accordingly.

The structure, size and supervision of the constitutionally established Public Service, along with the provisions for the guarantee and protection of pension benefits to public officers, form a particular sphere of interest which now seems to be grossly heightened with the fresh echo about Pension Reforms.

Notwithstanding that the ‘spirit and decision’ for the contents and entrenchment of those provisions may have been for a particular ‘biased’ purpose at the time of devising the Constitution, this postulation should not be used in seeking to change the Constitution recklessly, maliciously and deceitfully, purportedly in order to address the issue of pensions for public officers.

In fact, over the years the Government has embarked on a policy and devotion to change the paradigm and operation of the Public Service, including by assaulting the non-contributory pension schemes for those officers, and its approaches have resulted in enduring, countless adverse consequences for the nation.

Chapter VI of the Constitution details about the Public Service and the Public Service Commission (PSC) which is responsible for the appointment, regulation and adjudication (including discipline, dismissal and withholding pension benefits) concerning public officers, and the PSC shall “in the exercise of its functions … not be subject to the direction or control of any other person or authority”.

The People’s Revolutionary Government (PRG), from March 1979 to October 1983, led by Maurice Bishop, sought virtually to have pension reforms by passing the 1983 Pensions (Disqualification) Act which debars public officers from the pension benefits offered by the 1958 Pensions Laws but instead for them to enjoy benefits under the 1983 National Insurance Act (NIA); those legislative undertakings were done with the suspension of the Constitution by the Marxist-oriented PRG.

The July/August 1991 Constitutional Judicature (Restoration) Act completes the processes to restore fully the Constitution, and the February 1985 People’s Law, Interim Government Proclamation and Ordinances, Confirmation of Validity Act was necessitated to confirm as valid and to give full force and legal effect to the legislations passed by the PRG.

Yet, successive democratic administrations after the PRG, of both the NDC and NNP, have not proven to accommodate and analyse seriously the grievances brought upon and demonstrated by the public officers, which stems from the PRG’s April 1983 new arrangement for the pension benefits of those officers.

Furthermore, neither is there evidence of meaningful efforts by NDC and NNP to invoke and fulfill sections 46 and 47 of the NIA which purported to transfer or to integrate the Public Service Pension Scheme into the NIS by regulations as special treatment for Public Officers and Employees of Public Bodies, despite Court Judgments alerted since 1997.

The NIS (National Insurance Scheme) administers a National Insurance Fund in its existence as a ‘social security’ authority which has been established and is being directed by the NIA; and its operations are essentially on behalf of all citizens who are “engaged in insurable employment” and this also accounts for Government’s workers including public officers.

However, as considered in the 2011 published book “Management Practices In The Public Service Of Grenada“, the background, rationales, features and arrangement for the non-contributory pensions schemes of the Pensions Laws in accordance with the Constitution, and that of the contributory pensions scheme of the NIS in accordance with the NIA, are quite ‘different and distinct’.

In fact, the retirement benefits derived from the Pensions Laws are much more ‘lucrative and feasible’ than the benefits by the NIS. With this understanding, it should be clear about public officers could be forever plunged into a ‘disadvantaged and disenfranchised’ position without the rectification of the PRG’s apparent blunder with the Pensions (Disqualification) Act, or without the realisation of any PRG’s goodwill intention in accordance with the regional drive of the International Labour Organisation in promoting comprehensive social security benefits for the peoples, and/or without the Government acting (‘if able and possible’) on NIA’s sections 46/47.

Quite prominent is the detestation by the NDC and NNP for the ‘contents and entrenchment’ on the constitutional entitlement of the pensions benefits to public officers, particularly as its relates to section 92 of the Constitution which instructs that the law to be applied with respect to any pension benefits to be granted to any person (‘appointed and qualified judge or public officer’) shall be the law that was in force (‘1958 Pensions Laws’) or any law in force at a later date (‘such as the 1983 NIA’) that is not less favourable to that person, and where such a person “is entitled to exercise an option as to which of two or more laws shall apply in his (‘her’) case, the law for which he (‘she’) opts shall …. be deemed to be more favourable to him (‘her’) than the other law or laws”.

This Section is indeed a major obstacle in the way of the ‘policy and devotion’ of the Government to change the paradigm and operation of the Public Service, as generally dictated by external institutions such as the World Bank and the International Monetary Fund.

It must not be missed that the past decades registered various detours of the Government for shunning and disrespecting the provision; and this includes by means of political manipulation and tomfoolery of the public service sector trade unions, unconstitutional amendments to the Pensions Laws, enactment of legislations such as the 2003 Special Pensions Act, and the drafting of new Staff Orders for public officers towards interfering with the 1969 PSC Regulations.

The 29 March 2022 Justice Raulston Glasgow Judgement for the re-instatement of the Pensions Laws for the payment of pensions benefits to public officers, and the ‘prepared and prompt’ honouring by Prime Minister Dickon Mitchell of this ‘comprehensive and climaxed’ judgment, should signal tremendous hope and prosperity for the nation but this should not be without having critical reservations.

Particularly, public officers should not regard the constitutional obligation of the Administration to pay the protracted Pension and Gratuity as a political favour which in turn may require compromising on ‘industrial rights’ and on the welfare of future officers, as the previously circulated article, “Pensions Payment Should Not Be Exploited By Grenada NDC Government” warns.

Glasgow’s judgment has also caused to resurface even with intensified impetus and determination by the Government for pension reform, especially on the basis of claims about not ‘willing and capable’ to serve two different pension schemes for its officers; and this should behoove the PSC as well as the public service sector trade unions to be curious, concerned and cautious about the claims and the process for the reforms.

The insinuations by the Prime Minister for resorting to the Constitution as an aspect of pension reforms, with the particular focus to “come up with a formula that works for the sustainability of public officers” pensions should not be overlooked; in light of the affirmations made on 31 October 2022 and 16 November 2022 regarding the payment of Pension and Gratuity to public officers.

Is there any reasonable leeway for reforming the Constitution without seriously affecting the ‘security of tenure’ and the ‘deserved isolation’ of public officers from political abuses, and more specifically without gravely impacting for the ‘adequate compensation’ to those officers in “the service of the Crown” to the nation?

Should the constitutional criteria for pension benefits to public officers be altered in the thrust for the Pensions Reforms which is being envisaged by the Government; and is it really ‘imperative and inescapable’ to do so?

What constitute and contribute to, and/or what are the technical implications and moral expectations about, “pension benefits to be granted … shall … not less favourable” and “exercise an option … deemed to be more favourable” as guided by section 92 of the Constitution?

Are the circumstances in which the pension benefits may be granted, including the compulsory retirement age and the period of completing continuous service, as well as the formula for computing the pensions and gratuities, as stipulated in the Pensions Laws, form the meaningful factors in determining the ‘not less or more favourable option’ for public officers? Wouldn’t it be outrageous if a round of court cases result with the execution of pension reforms?

It should be of interest to recall the article “Is the 2022 Elections Manifesto of Grenada’s Main Opposition Complete?”

The circulation chided the NDC on its extent “to lead a path of Transformation that will change Grenada positively for the benefit of all”, without the explicit mention of the fundamental issues for reforming the Constitution?