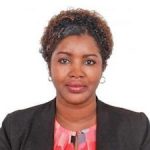 I’ve been quiet. I’m a little provoked so here goes:

I don’t know if these people can complain about the gentleman now in all honesty and try to force him out of his own party or tell him when to leave.

When it was time for them to stand up to him and push for some change they celebrated his nonsense. I could never forget how embarrassed I felt as a woman, when I heard Delma (Thomas) stand up in Parliament to declare that they had begged him to remain as leader and PM although he wanted to step down.  I spoke about it for weeks.

Her rendition as a young woman and politician was shameful and I wondered whether she really believed what she was saying or was simply toeing a party line. I kept wondering why any one of these women didn’t step forward and say, I am here and I am willing and capable.

Whatever it is and was, what we know for sure is that none of them had the guts, the gumption, the balls or the drawers string to tell it straight to KCM. Not publicly as they are attempting to do now. He was their gravy train, the cash cow that they all milked to run their cannibalistic schemes from inside Government, with their real and imagined companies taking over Government work and divesting workers of decent jobs and forcing them into contracts where they were stripped of the few benefits they had, such as NIS and Union coverage.

As long as their family members and cronies got promotions and lucrative contracts, sat on Boards and got to play Grenada elites these people didn’t care what the heck he did.

Suddenly they have all seen the light and are surrounding the carcass like so many desperate jackals because the gravy train is drying up.

I heard a couple of them attempting to sound important and relevant claiming to know that two weeks before the elections they knew the party would lose. Now, how is it you only knew two weeks before and after the fact when we all knew from the day the 2008 MOU was reneged on, that karma would turn around swiftly?

How is it they didn’t know that from the day the salaries were docked in 2018 and the brutal and disgusting fight with Public servants ensued in 2019, that that was the end of the Administration and possibly the party? That justice would come hunting in the next elections?

Why didn’t these people push the gentleman to account for Grenada’s oil and gas or provide a proper accounting for the repurchase of Grenlec to the nation? Why did they believe that pouring roads at midnight or building an ugly wall that could never hold back water would have been enough to satisfy voters?

Why weren’t they making headline news for his removal at the helm of the party then?

Why didn’t we even hear whispers or rumours of whispers that they wanted him gone? Because there was none. He was satisfying his purpose for them and they didn’t see a demise.  That’s the bald truth.

When they went on the platform in the first pocket meeting on the NW, Mt. Moritz playing field and declared that the leader of the opposing party could not “run a saltfish hall” didn’t they know that this time around that kind of nonsensical rhetoric would not cut it?

How didn’t they know that the poverty schemes and entrapment programmes would no longer be enough to hold young voters captive?

Yes, there are young voters and even affected workers who voted for and supported that kind of dogma but for some the party is like family and blood is thicker than water. For others it’s perhaps Stockholm Syndrome and in any event Jim Jones will always be alive and well among the human race.

Whatever it is or was, it was not going to be enough to hold workers and young voters and workers in thrall, in enough numbers to secure a victory at the polls in 2022.

When these people are blaming KCM, they forget the sheer arrogance of certain ministers who so believed that the democratic process had become a party entitlement that they failed to even vacate their desks and offices prior to June 23rd, so sure were they that the voters were of little consequence and that the result would be a shoo-in.

Imagine on the weekend following the elections some of them, the unhinged one, had to be told by ordinary security officers, Miss you are no longer the Minister, you have no office here. I cannot allow you to enter the building. Shameful!

Some of them had instructed senior workers who they felt had not sufficiently toed the line in the days leading up to the elections to “report to my office first thing Monday Morning.” Yes! Monday being June 27/2022.

Yes! They had their spies, and had enlisted the poor Imani and other trainees and even senior officials to troll platforms, live feeds and rallies to shortlist all workers and trainees who were following Opposition politics, liking or commenting favourably, some of those persons were given advance notice of a backlash for daring to participate in democracy.

These same surrogates went on literal witch hunts in the days following the elections, walked into government ministries and gave the young contract and Imani workers the cursing of their lives, calling them ugly and derogatory names and in particular using a line that was used on them before the elections ” all you too ungrateful, after all what we do for all you.”

It seems that the only education they had under Education was a miseducation predicated on a democracy they thought was for sale or had been cheaply purchased.

So now the chips have fallen and all the rats want to desert or more properly pelt Jonah overboard but the ship “done sink,” for now.

In this long saga, I didn’t hear them condemn or speak out against the mistreatment of workers. Not one rat. I didn’t hear one of them advocate for the payment of the pension.  Not one jackal. Not many of them got on a platform and attempted to speak with reason, intelligence or common sense to voters …  was a bag a wine and sitting down looking bemused at the foolish parodies foisted on the nation throughout the campaign.

As if in 2022 with the preponderance of issues occupying the minds of voters all this country needed was something that passed for dance and mawet.

Pastor Sandford Simon, where are you? Stand and take a bow. Big man ting dat! You had the courage to dare to speak aloud when it mattered. The rest should keep hiding … stand back, stand aside and give the man a chance to lick his wounds, recover from his hurt because he said he’s hurt, and decide on his own terms what and when he wants to do something with the party.

Don’t be like ole buzzards circling the kill before it’s even dead. Your cash cow and power machine have a little time still to allow him to step aside with some kind of dignity.

Almost five years because the PM DM (Dickon Mitchell) should be in no particular hurry. And is dat!