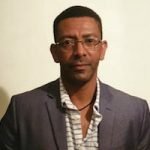 The establishment of the associations since 1947 was done to prevent government control of the industry.

This new proposal by the government in its new construct is intended to give the Minister of Agriculture the ultimate power to control the industry. This, however, will have serious negative consequences on the survivability of the industry since the government takeover of private business entities in the past has proven to be disastrous. There is a strong possibility that the industry’s hard earned investments may fall in the wrong hands.

This aggressive move by the government to create a merger between the two entities will eventually marginalise the poor ordinary working class (farmers) from the equation who are the main stakeholders of the association’s assets.

No doubt the government proposal will be met with stiff resistance from the farmers who have worked extremely hard towards building this worthwhile industry.

The fact that the Minister of Agriculture will be given overwhelming power in the construct of this new proposal is a reason for concern. Why is it necessary for the minister to have so much authority?

Moreover, the nutmeg and cocoa industries have made a significant contribution to the socio-economic development of rural Grenadians. It was through the nutmeg and cocoa industry that most rural parents were able to provide for their children and grandchildren, some of whom are now educated and skilled making a significant contribution to the development of the state.

Furthermore, this new proposal in its current construct runs the risk of creating a corrupt and politicised industry where appointments can now be done based on nepotism rather than meritocracy.

Interestingly, section four (4) of the government drafted constitution referred to the board as having the option of choosing between producer or exporter as appointees to the board. Ultimately, farmers could find themselves being exempted from being appointed to the board since they can be easily replaced by two exporters.

Traditionally, the GCNA and GCA have operated reasonably well since 1947 without government interference and, normally, government from time to time will provide some financial support especially during this Covid-19 pandemic.

It is interesting to note that over the years the governments have been frequently praising and congratulating the GCNA and the GCA openly in Parliament for their hard work and sacrifice. However, with the arrival of Covid-19, this government has changed its approach to dissolve the GCNA and the GCA and liberalise the industry which could result in the farmers being paid less for their produce.

Could the government be using Covid-19 as their pretext to hijack the industry?

(Sen. Terry Noel has a BA in History with Political Science from the Cave Hill Campus in Barbados of the University of the West Indies)