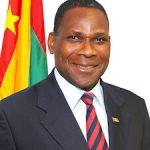 It is unfathomable why, an entrenched provision in our Constitution for a Council for Carriacou and Petit Martinique ‘which shall be the prime organ of local government in those islands,’ is still without such a Council.

This paper is not to inquire why this was never implemented, but rather to assert that the time has come, not only for beliefs and intentions, but also for action. There is an old saying which says, “You never build reputation on what you’re going to do. You have to do it.”

It is one thing to believe in equality and human rights; it is another thing to be committed to it and work to attain it. It is well-known that the National Democratic Congress (NDC) since its inception in 1987 has been committed to the reintroduction of Local Government. Indeed, during the period 1990-1995, the Congress under the leadership of the late Sir Nicholas Brathwaite, the term ‘Local Government’ has received widespread acclaim where the first real Local Government Act, being the Carriacou and Petit Martinique County Council Act No. 20 received the royal assent on the 4th of April 1995 by the then Governor General, the late Reginald Oswald Palmer.

It is therefore not surprising to learn that nothing further was heard about this Act since the Congress lost the general elections to the New National Party (NNP) in June 1995.

While it is important for Government to execute policies & programmes which one expects would lead to a better quality of life, it is the view of the writer that policies without more, without input from the people, will not optimise effectiveness.  This process would no doubt empower citizens to have greater involvement in and control of matters relating to the management of their own affairs.

In today’s world, anyone with any understanding of how a modern system/state works, must know that such a system can only function if there exists a machinery where the day-to-day services which assure to every citizen the common decencies of life are meted out smoothly in even the smallest villages; thus the justification for local government.

It is therefore submitted that notwithstanding that the institutional imperative for a local government system is constitutionally provided, Carriacou and Petit Martinique, while being islands physically separated from the mainland coupled with tangible claims of cultural distinctiveness, this geographical and cultural separation has no doubt contributed to the intense feeling of finding a suitable model of local government for the people of Carriacou and Petit Martinique.

The new bill, while it strengthens and reinforces representative democracy, it at the same time allows for the possible initiative to spring up locally for people in one area to desire certain services and then set about acquiring the power of carrying them out.

The Central government may, of its own accord, confer permissive powers on the local authority permitting it to perform certain functions and leaving it to local initiatives to exercise these powers in accordance with the Act.

In light of our political history, it will be true to say that not every administration embraces the full participation in decision making processes at the local level. However, the evidence does reveal that the National Democratic Congress views democracy and development as being limited without engaging all the stakeholders. Therefore, this bill emerges then as the product of many brains and diverse experiences.

To this end, we owe a profound debt of gratitude to Dr. Francis Alexis, K.C. for his guidance and supervision from a clinical point of view, as well as his wonderful friendship and guiding wisdom.

I certainly can only express the hope that those who read this bill will find their interest in local government and the part it is destined to play in the lives of our ordinary citizens as keenly aroused as my own interests has been.

The National Democratic Congress continues to take immediate steps to ensure that Local Government is not merely wishful thinking, but a reality.

George Prime is an attorney-at-law and performs the role as Transition lead to the new Minister of Carriacou and Petite Martinique Affairs and Local Government, Tevin Andrews