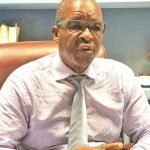 The Attorney General of Grenada has informed the lawyers in this peaceful small Caribbean island, which boasts one of the lowest crime rates in the world, that he intends to amend the Criminal Law as well as the Evidence Act. Ordinarily, this amendment of our laws would be of no real moment as it is always the prerogative of Parliament through its Ministry of Legal Affairs and the Drafting Unit of the Attorney General’s office to second-look those laws that may be in need of reform.

The criminal bar has strongly reacted to those amendments and has made it clear that the proposed changes to the current law pose a clear and present danger to the Constitution of the nation and appears to run amok of sane legislative policy.

Using the cover of two recent sexual abuse cases involving children, the Attorney General as well as the Minister of Legal Affairs have said they intend to eviscerate long held legal procedures in the way that evidence is collected and witnesses are examined.

Several of us at the criminal bar have rejected the premise of the proposed amendments that Magistrates or High Court Judges treat lightly the charge of sexual misconduct where children are the alleged victims. The Attorney General as well as the Minister of Legal Affairs have taken the position that the children of Grenada are under attack and must be protected and what better way than to change the procedures and punishments in the cases of sexual abuse of children.

The opinion of some members of the public, who I describe hereinafter as the “Mob” and that Mob’s best pupil – the politician – they have both concluded that the so-called crisis in sexual assault cases involving children require drastic changes to our laws. They are dead wrong.

I do not see the justification to change the criminal law because currently the punishment with respect to sentences for the commission of sexual offences against children here in Grenada are dread – very dread indeed. The sentence for Rape is now 30 years.

When the law for rape was increased by the NDC government in 2012 from 15 years to 30 years has it stopped the commission of the offence? The AG proposes life imprisonment for rape. Will such a sentence stop the crime? Citizens, let us keep it real – let us not fall for the cheap trick of manipulation by propaganda.

Can we legislate good behaviour? What is the cause of criminal conduct? The Russian novelist Fyodor Dostoyevsky wrote, ‘Crime and Punishment’ one of the seminal novels of the 20th Century in which the main character’s conduct was perceived to be his isolation from the norms of society which lead to his criminal act”.

Social scientists, psychiatrists, penologists and people from all backgrounds will continue to debate the cause of crime for the rest of human history so neither the Attorney General of Grenada or our Parliament can resolve the puzzle of what causes persons to pursue criminal conduct. Draconian sentences and new procedures are the road less traveled to explain the cause and to find a cure.

What we do know for certain is that Judges and Magistrates here in Grenada are not going easy on persons found guilty of sexually abusing children. Don’t believe that for one moment.

One of my clients received 23 years for rape of a 14-year old. The DPP and the AG think that is inadequate. That offender is 28 years old now. He was sentenced in September 2019. He will leave Richmond Hill in 2042 and will be 51 at that time. Who thinks that is inadequate punishment? Be honest.

I have two other cases in the High Court awaiting sentences and I have calmed as best as I could the nerves of my adult clients so they now know they will not be present for the progression of their young children into mid-infancy, teenage and young adulthood. They will be long-term tenants at Her Majesty’s Prison at Richmond Hill.

For the avoidance of doubt, note that our very competent DPP and his equally competent team of Crown Counsels have notched several and many guilty verdicts against defendants who have received long sentences for their dastardly offenses of sexual crimes against our children.

Our Attorney General says, and we take him at his word, that he wants consultation with the bar regarding the amendments.

At the same time, the Minister of Legal Affairs seemingly without consultation with the Attorney General announced in Parliament that the proposed amendments are government’s response to the crisis of sexual abuse against our nation’s children. We attorneys are therefore left with the dilemma of who should we believe and whether consultations will be an honest exchange between the stakeholders.

If the AG and the Minister of Legal Affairs are serious about consultations with the bar regarding the proposed amendments there are several questions they must answer:

First, demonstrate the raison d’etre or the drivers of the proposed changes. Which is to say, where is the evidence that the current state of the law is inadequate in punishing persons found guilty of sexual crimes against children? Show us the numbers if you have undertaken the exercise, which distinguishes adult sexual abuse of children and teen-peer sexual frolic.

The burden of proof must remain on the Ministry of Legal Affairs and the Attorney General’s Office that believes the current state of the law is inadequate and requires change. Therefore, they MUST demonstrate that there is a real justification to upend the law.

Two cases in Grenville or Victoria where the police failed to gather sufficient evidence for the respective Magistrates to throw the culprits under Richmond Hill Prison is not the way to make legislative policy. That kind of response from the brilliant legal mind of our Attorney General prodded into knee-jerk reaction by reckless Parliamentarians who are anxious for the applause of the Mob – that is the definition of Caveman Legislation.

If these amendments which the Attorney General and the Minister of Legal Affairs support form the basis for the predictable response to the Mob, I urge those justice administrators to show their Goodselves NOT to be the Handmaidens of the political directorate. They should have the courage to advise and lead with their respected legal expertise and don’t follow in lockstep genuflection to the politicians.

The undeniable FACT is that Judges here in Grenada are handing down heavy and significant sentences in sex abuse cases where children are victimised. Blame the police who investigate the offenses for bringing half-baked cases to Court – not the judges because judicial officers do not conduct investigations of offenses.

Judicial insouciance, the only credible charge of causal indifference which could be laid by the proponents is a Strawman. The Attorney General should not support mob opinion that Judges are going easy on adults who sexually abuse our children. This is the impression that is being led with these proposed amendments and could undermine the Judiciary.

We are a country of Laws: Police charge, Lawyers defend or they prosecute and then Judges sentence. Some crimes are more serious than others and for the most serious ones, Richmond Hill Prison is pleased to accept long term tenants.

The Attorney General in his letter to the Bar announcing the rational for the changes to the law cites recent cases of sexual abuse of children. What he is really saying is that there are public reports of a crisis. Not one single piece of objective evidence points to such a crisis. It is a crisis on social media.

Our Judges are hammering hard every single person convicted of sexually abusing children. Ask any criminal defense lawyer in Grenada, or better yet, take a visit to Her Majesty’s Prison and see for yourself.

Perhaps Facebook should stop being the news source of choice for the proponents who want to amend our existing laws.

If there is a crisis involving children and sexual conduct here in Grenada it is that underaged children are engaging in sex with their peers at a mind blowing rate without sufficient parental and institutional intervention. “Jam-to-tee”, the frolic of decades past among teenagers is being replaced today with mind-bending sex conduct by our children.

Religious hypocrisy, parental shame, absent fathers and educational resistance are wrestling with the inroad of online lewdness, online pornography and our own cultural indifference to raw erotica of all forms. One psychiatric journal recently reported that the addict of online pornography is typically a 14-year old male child.

For the older uninformed readers, this is a sex game where three people are having sex together. I have had to look into the unemotional faces of some school children who easily describe half-a-dozen pornography online sites in order of their personal preference.

(Too heavy for many who read this I’m sure). But how about tackling this social issue of our children sexual conduct?

I heard the Attorney General’s argument that Guyana, Antigua, St. Kitts and St. Vincent have laws that provide life sentences for rape and so should Grenada. But those jurisdictions don’t flog their citizens as though they are enslaved 18-century chattel. The Attorney General should advise our Parliament to follow their fellow OECS neighbours and stop this inhuman practice. Strawman argument indeed!

Unlike the proponents of the amendments to the Criminal Procedure Rule and the Evidence Act, the members of the Criminal Bar do not sing from the same hymnbook. Just as our clients emerge from different social circumstances so do our experiences in respect of our advocacy.

My belief (likely because of my legal training) is that truth is not sacrificed if children are questioned in-camera which can be the Judge’s Chambers.

I was surprised to see 10-year old children take the Witness Box during the Preliminary Inquiry for sexual offence charges that are tried in the High Court. We should take the testimony of children in these type of cases in the Judge’s Chambers because there is no evidence that such a procedure places accused persons in penal jeopardy. However, as you would by now know, the proposed amendments don’t engage this pasture of kind consideration of the nation’s children. What the Attorney General and his bosses are answering is the call of The Mob. Period.

The proposed amendments are simply about putting down the axe to the jugular of the offenders so that The Mob can cheer. And even though some readers may pretend to forget that lawyers have children too and are not soft on crime in the least, the old saying applies to the unsuspecting citizen hearing this debate: Hate all Lawyers until someone wrongfully accuse you of a crime and you need one.

Yes, as Lawyers we are always open to dialogue and consultation where there is dispute but those consultations should be honest and responsible.   As attorneys, we will not sit and let anyone play games with Justice.

Finally, to be crystal: the drafters of the proposed amendments erred when they alone went into the kitchen and cooked up their choice of a legislative cuisine and then, with an incredible straight face asked the other competent cooks “how does this taste?”

The Attorney General and the Minister of Legal Affairs should not be surprised when persons with experience and sophisticated legal palettes reject their cooking as completely unsavory and distasteful.