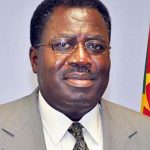 James Madison, fourth President of the United States of America, cautioned that “without a virtuous people” the system of checks and balances in the constitution to guard against abuse of power would not work. Constitutional norms and traditions in relation to the American electoral process have served the country well.

However, in the context of Madison’s admonition, the November 3, 2020 Presidential election has demonstrated that political leaders without a moral compass could exploit loopholes in the constitution, or worse, defy constitutional norms or put them to ill-use for political gain.

The Plot
The Republican incumbent in the election, President Donald J. Trump rejected the results declared by the electoral authorities. He refused to concede to the proclaimed winner, the candidate of the Democratic Party, Joseph R. Biden Jr. He alleged that the election was stolen from him by widespread fraud and irregularities, and he led a carefully calculated campaign to overturn the results at every stage of the convoluted certification/validation process.

Key electoral officials such as Georgia’s Secretary of State, Bradford Raffensperger, who oversaw that state’s electoral process attested to the credibility and legitimacy of the election. President Trump’s own Attorney General William Barr, confirmed that the Department of Justice found no evidence of widespread voter fraud. Many recounts and audits were performed.

Pursuant to the constitution, state governors certified the results, and the Electoral College confirmed them. Approximately sixty-one lawsuits from Mr. Trump challenging the validity of the results were rejected by the courts for want of evidence. Nevertheless, Mr. Trump exploited the privileges of incumbency to peddle the false narrative that the election was stolen from him.

The final step in the electoral process was certification of the Electoral College votes by the House of Representatives in a largely ceremonial event chaired by the Vice President of the country. That event was set for January 6, 2021. Mr. Trump called on Vice President Mike Pence to arrogate to himself the authority to approve or reject Electoral College votes in order to deny certification of Joseph Biden as winner.

There followed a progressively problematic sequence of events that culminated in a violent attack on the Capitol (House of Representatives) by throngs of Mr. Trump’s irate supporters on January 6, to thwart the certification of the results. In the rebellious escapade, five persons, including a U.S. Capitol Police officer, lost their lives.

The post-election debacle has had a number of far-reaching implications:

(a) It has cast doubt on the integrity of the United States electoral system and the capacity of U.S. authorities to organise credible and democratic elections as well as to tabulate and disseminate the results to the satisfaction of the electorate;

(b) It has eroded moral and cultural standards in public life;

(c) It has called into question the inviolability of the U.S. institutions of governance; and

(d) It has aggravated polarisation in the country along ideological and racial lines, as well as between two camps, one loyal to Donald Trump and another loyal to the constitution and the country.

The Bigger Picture
Deliberately spreading lies, disinformation or deceitfully coded messages in order to achieve political ascendancy may be seen by many as political craftiness, but the practice is actually undermining American democracy and damaging the country’s image and the credibility of its institutions.

Nations around the world have come to associate the United States with a few fundamental tenets of American political life/tradition that are embodied in American national interests and constitute the ideological foundation of United States foreign policy. They include strong government tempered by such features as the rule of law and the separation of powers; government derived from consent; deference of the armed forces to state institutions and the elected, legally constituted authorities; and an effective and impartial judiciary.

Former Secretary of State Colin Powell led the American delegation to Lima, Peru on September 11, 2001 for the signing of the Inter-American Democratic Charter which encapsulate and expand on those key principles. Hemispheric nations have endorsed them as the framework for democratic governance in the hemisphere where the difference between tyranny and freedom has been a longstanding moral force against extremist ideologies from Fascism to Communism.

The western alliance perceives itself as the guardian of the peace and custodian of order and stability in the international system. It does not advance the notion that the pursuit or defense of national security and the projection of state power are the only objectives of statecraft. It advances economic issues as well as issues of justice and morality in a humanistic approach that seeks to substantially accommodate the interests of other states.

This world order evolves under the tutelage of the United States. But the United States must lead the western alliance by example. Hence, the post-election fiasco, culminating with the violent attack on the House of Representatives was a shameful dent on the image of the country. It has emboldened foreign leaders with autocratic tendencies (such as Min Aung Hlaing in Myanmar) to frustrate democratic aspirations in their own countries. Correspondingly, it has hamstrung American officials and diplomats from responding effectively to efforts to undermine the democratic system abroad.

Former President Donald Trump and his enablers or cohorts have given America’s foreign enemies a powerful weapon to be used against American pressure in those circumstances. It is the biblical injunction: “… first cast out the beam out of thine own eyes; and then shalt thou see clearly to cast out the mote out of thy brother’s eye.”