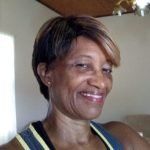 Fellow Citizens of Grenada including Carriacou & Petite Martinique, as we celebrate our 47th year of political independence, I find myself struggling with the thought as to where we could be in  another 47 years.  As I reflect on the past, from where we were and the road travelled, we have gained some ground, but not in all areas of our development. I have to agree with Calypsonian, Flying Turkey: “We have come a long way but we still have a long way to go.”

You see, Fellow Citizens, political independence is not about the government of the day and the decisions taken on our behalf. It has to do with the independence of the human mind, the freedom to think and act on our own thoughts and our own ability to guide our lives, to be able to trust in our own judgement and decisions.

It is therefore important for us to be educated & healthy so that we can be confident and independent. Our struggles today are the result of sacrificing our minds to politicians, preachers and others. We have allowed ourselves to be controlled or duped thereby delaying the realisation of true political independence.

Political independence of our nation is dependent on the independent thoughts of each of us.  According to Bob Marley, “Emancipate yourself from mental slavery, none but ourselves could free our mind” – this is exactly what he meant.  Independence is a state of mind.

Think for yourself, act on your own and do not be bamboozled by those self-serving politicians who give hand-outs in exchange for votes every 4-5 years, promise you the moon and the stars, provide you with the black water tanks, a few weeks of ‘travaux’ on the road, a 6×8 foot little wooden house or some building material, add your name to the SEED program and make everyone in your household an IMANI or a Warden.

Yet, year after year, you see yourself sinking deeper into poverty. This is a deliberate attempt to exercise control over the electorate, to keep the people in a dependent state, so that they can remain in office to repeat the cycle next time around.

Over the past few years, we have watched in awe as more and more Chinese nationals have been pouring into our country. We have been informed that about 28 of them are diplomats. We have heard that we sought a loan from the Chinese for major work to be done at our Maurice Bishop International Airport and to add insult to injury, we have given the contract for such work back to the Chinese when we know that the Chinese bring in their own materials and workers.  So the money we loan from China goes right back to China, if it ever leaves.

We are therefore growing the Chinese economy at the expense of our own.  In the end, our people are still unemployed and we are left with no way to repay that loan. How could this be good governance? This is what I call Chinese dependency as we would be borrowing again to pay back the previous loan and before you know it, everything we own would belong to China.

We have been told that there would be a US$2.9 billion project for the Hog Island/Mount Hartman area and a US$2.0 billion project for the Levera area. We have also been told that funding for these projects will come from the sale of our passports known as the CBI project.  Does this mean that these projects, if they ever get completed, would be the property of the Grenadian people?

I question the completion as the number of passports which would have to be sold for these projects would far exceed our current population and there are already a number of incomplete projects in China which are being referred to as ‘Ghost Towns’ or ‘Ghost Cities’. Is Grenada on its way to becoming another Chinese territory or Chinese ‘Ghost Villages’?  These proposed Chinese projects are far too large for our tiny country and would only destroy our little islands. We just do not have the land space for these large projects.  Look at the over-sized Stadium. It’s a monstrosity!

Our government boasted, that our economy was booming – prior to Covid-19 – yet we keep hearing from the Ministry of Social Services that many more people are being added to the SEED Program and  China continues to build low-income housing units which we are told are ‘gifts’ from our ‘friends.’  This is an indication that our people are growing poorer so what we need from our ‘friends’ is assistance in poverty alleviation given their  track record in raising the standard of living for their people.

Fellow Citizens, I am still wondering what we may have to sacrifice in return for the ‘gifts’ we have been receiving from China.  There is a widely-held view that someone in our government has ‘an insatiable appetite for money and power’. If this is true, could this be the reason why this individual keeps shifting the goal post on his political retirement? Why do the people of Carriacou and Petite Martinique not have the Local Government as provided for in the Constitution? Does this have anything to do with the selling of our passports to crooks and criminals, the selling of our patrimony and the giving away of almost all of our prized assets?

What about the Hillsborough port in Carriacou, has that been sold, given away or promised to a foreign entity? What about the St. George’s Market Square?  Has that been already sold? So many questions but if we persist, the answers will eventually be found.

A few weeks ago, it was reported in the news that a Chinese Ambassador paid a courtesy call on the President of the Senate. It is normal for foreign ambassadors to pay courtesy calls on the Governor-General but that was not reported. It is well known that China does not tolerate interference of others in China’s political affairs and this appears to be the opposite. I hope that the nation can get some clarity on this unusual occurrence from the relevant authority.

Why after 47 years of independence, the public workers and the teachers have to be fighting every year for increments to their salaries and other benefits? Many of them have reached the age of retirement and cannot afford to retire because they are facing the prospect of going home without pensions. This could never be fair and so we must all support the teachers and the public workers in their struggle for better working conditions, benefits and their 4% increase.

Let me thank the Minister of Health and the brave, dedicated and hard-working men and women of the Ministry of Health and all frontline workers who have been working very hard to save and protect us during this pandemic and to  encourage them to continue the great work remembering at all times to first protect themselves.

As I close, I congratulate the Minister of Culture on deciding that there will be only ONE INDEPENDENCE PARADE, held VIRTUALLY, this year on Grenada on 7th February for all the citizens of Grenada (including Carriacou & Petite Martinique). Hopefully, this will continue and I pray that we never return to holding individual Independence parades on different islands on different days.  Covid-19 has brought with it some positive changes!

Finally, let me wish every Grenadian a healthy, safe and enjoyable 47th Independence as we continue “Rebuilding Together a Safer More Resilient Nation in These Challenging Times.”