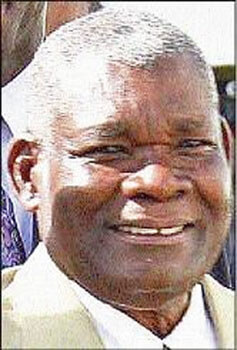 Today is October 19, 2021 – which marks 38 years since the execution of Prime Minister Maurice Bishop in the bloody massacre at Fort Rupert which is now back to its original name of Fort George.

This day will always be remembered as the darkest and bloodiest in the political life of Grenada, Carriacou & Petite Martinique as power hungry elements within the New Jewel Movement-led People’s Revolutionary Government (PRG) turned to violence as they failed in their bid to unseat Bishop in their ambition to elevate their ideological leader, Bernard Coard to become the Joint Leader of the process.

THE NEW TODAY was granted another interview by General Hudson Austin who was convicted along with Coard and others like – former Mobilisation Minister Selwyn Strachan, Lieutenant-Colonels Ewart “Headache” Layne and Liam “Owusu” James, and the leader of the Execution Squad Lieutenant Callistus “Iman Abdullah” Bernard among others – for the worst acts of political criminality to take place in the English-speaking Caribbean.

This interview with the General revealed many things that were previously unknown to the Grenadian people that took place between 1979 and 1983.

The former army boss spoke openly about Coard’s ambition to turn Grenada into a full-fledged communist state and the opposition he got to his proposal at a top meeting of the NJM.

Hudson Austin also revealed the attempt made by the over ambitious Bernard Coard to take his own life after U.S and Caribbean troops came into Grenada after the executions on the fort.

The General also answered questions relating to the killing of a number of persons like the late Innocent Belmar, Strachan Phillip after the bomb blast at Queen’s Park and the murder of the Stanislaus family members at Plain, St. Patrick in very questionable circumstances.

In an interview lasting 1 hour and 40 minutes, General Austin answered all questions about the dark side of the Grenada Revolution.